Home / WORLD / Barack Obama will “try on” a new role

Barack Obama will “try on” a new role 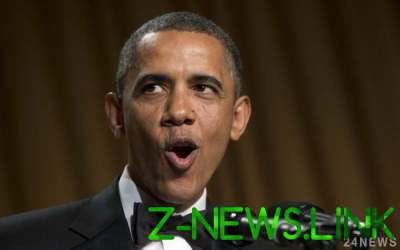 Former President of the US is waiting for a new post.

Despite the fact that Barack Obama took the highest office in the United States, he agreed to fulfill their civic duty and to be sworn at the meeting in Chicago, cook County, Illinois.

According to the newspaper the Chicago Tribune, the court with participation of the 44th President of the United States will be held in November. However, in what the trial will be attended by Obama, not spoken.

This was possible because he owns real estate in Chicago. It should be noted that before to head the White house in 2004 Obama was elected to the U.S. Senate from Illinois, and before that worked in the state Senate.

“He gave very clear that, while the process will fulfill my duty as a citizen and inhabitant of the city”, — quotes the edition of the chief judge Tim Evans.

In connection with the participation of the former President will take all necessary measures to ensure security.

The Chicago Tribune notes that in the past a jury in cook County was TV presenter Oprah Winfrey, actor Mr. T, and several governors and mayors, however, Obama will become the most senior of them.

See also:  The voice of McCain decided the outcome of the landmark programs of the Obama presidency

“Although it is not the duty for which you can earn a lot of money, it is much appreciated. It is extremely important to our society benefited from that kind of commitment,” says Evans.