Home / WORLD / Bank of America reportedly forces employees to embrace woke ideology – Now, that is a serious threat to democracy. Here’s why

Bank of America reportedly forces employees to embrace woke ideology – Now, that is a serious threat to democracy. Here’s why 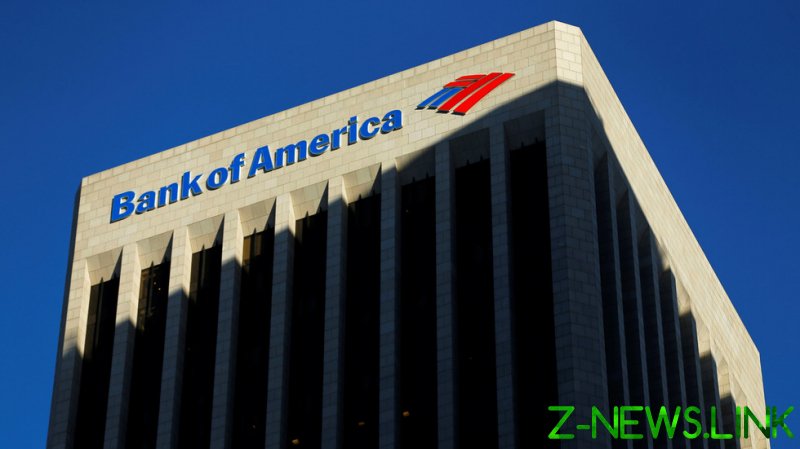 The Bank of America’s radical re-education programme actually exhorts its staff to become “woke at work,” writes the City Journal, citing documents it obtained from a whistleblower. In practice, being woke at work means acting in accordance with the doctrine and practices promoted by campus social justice warriors, Black Lives Matter activists, and critical and intersectional ideologues.

The programme of re-educating the staff working at the bank is based on the premise that society is a system of “white supremacy.” It reportedly demands that white employees “decolonise” their minds, which is apparently a euphemism for the instruction of ‘stop thinking for yourself.’ Once employees have subjected themselves to their instructors’ demand for mind control, they are ready to accept the instruction that they should “cede power to people of colour.”

The bank’s ‘Racial Equity 21-Day Challenge’ offers a comprehensive programme designed to indoctrinate the dogma that being white is akin to a form of original sin. Ideological terms like ‘white privilege’ and ‘white fragility’ are used to help employees internalise a sense of guilt and of self-loathing.

The message promoted by the programme is that being white is bad news. It teaches its target audience that white people “regardless of one’s socioeconomic class background or other disadvantages” are “living a life with white-skin privileges.”

All whites are implicated in benefiting from the oppressive system of racial injustice which they impose on society. Even young children live in accordance with their privileged status. According to the material provided by the Bank of America’s training programme, toddlers “develop racial biases by ages three to five,” and “should be actively taught to recognise and reject the ‘smog’ of white privilege.”

Once employees accept the legitimacy of these ideological concepts, guilt-tripping them becomes a relatively easy exercise. Not surprisingly, the programme is designed to pressure employees to confess to their sin of being white. Participants, the City Journal writes, need to admit that their “words and actions are inherently shaped and influenced by systemic oppression.” They must undertake “the inner work to figure out a way to acknowledge how [they] participate in oppressive systems.”

There is something truly nauseating about a large corporation subjecting its employees to a comprehensive programme of re-education and of mind control. Since when have large capitalist corporations taken upon themselves to lecture their employees about how they should view their place in the world?

Until recently, the corporate world recognised that what their employees thought and felt about cultural and political matters was none of their concern. In contrast, in recent years they have decided to embrace every cause promoted by social justice campaigners. In effect, American corporations have decided to assume the role of moral guardians in relation to their employees and wider society.

They are acting as if they were running a political party, rather than a business.

Until recent times, the capitalist class tended to adhere to a division of labour between itself and the political class. Capitalists were in the business of making money and not moralising about how the public should behave and think. Now, many of them appear determined to invade the political sphere in order to directly influence law-making and government. They are determined to ensure that it is their views, rather than those of elected politicians and the people, that prevail.

The business ideology of capitalism has altered because the leaders of corporations no longer believe that the language of profits and the bottom line can motivate their employees and the wider public. They are looking for a new ideology and new narrative to give them legitimacy.

Leading management publications like the Harvard Business Review reflect many of the identity-politics-inspired narratives that prevail in higher education. When a commentator writing for Forbes informs readers that woke capitalism is good for the profit margins, it is evident that capitalism has undergone a massive rebranding exercise. Commentators in the mainstream media are in no doubt that ‘CEO activism has become the new normal.’

Forcing employees to adopt a new ideology of the corporate world constitutes a serious threat to democracy. Until now, corporate power was exercised indirectly behind the backs of politicians. Now the Bank of America wants to cut out the middle-man and adopt an up-front aggressive political stance. How long before they begin to impose their re-education programme on the rest of society?

Challenging the new breed of sanctimonious corporates is essential for securing a future for democracy.