Home / WORLD / Back to the USSR? Team Navalny wants Russians to vote for the once-hated Communists instead of liberal pro-Western candidates

Back to the USSR? Team Navalny wants Russians to vote for the once-hated Communists instead of liberal pro-Western candidates 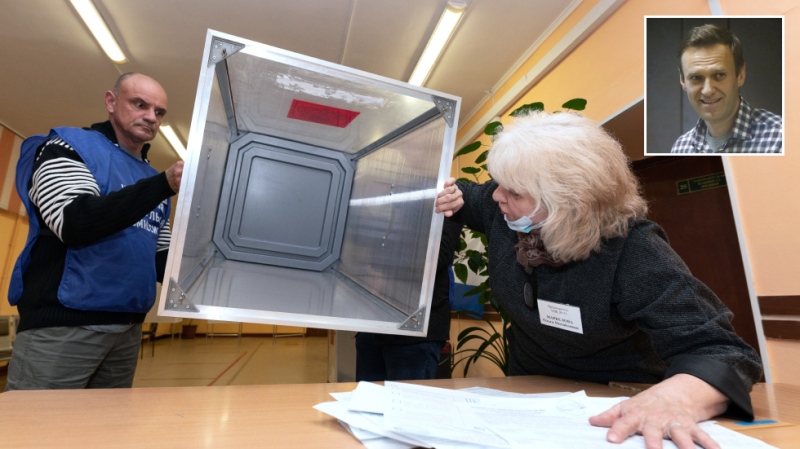 Historically, Russian liberals have come in two types. The first fears the consequences of system collapse and regards the government’s enemies as more dangerous than the government itself. It therefore seeks to cooperate with the authorities. The second, by contrast, thinks that the authorities are the problem. They must be destroyed and, to that end, anybody who is dedicated to revolution is a potential ally, however illiberal they may be.

In the early 20th century, prior to the Bolshevik revolution, many of the latter group found a home in the reformist Kadet Party. On the principle of “No enemies to the left,” the Kadets were even ready to make a deal with communists. Elections to Russia’s first parliament, the Duma, were indirect, using a system that allowed for some degree of haggling as to who got seats. To appease the revolutionaries, during the elections of 1907 the Kadet party handed over one of its seats in St. Petersburg to a candidate from Lenin’s Bolshevik Party. The mind boggles at the folly.

Fast forward several decades to the final months of the Soviet Union, and the dynamic was the same, albeit with a different target. Now the aim was to destroy the Communist Party and the system it created. This objective remained important even after the collapse of the USSR. Much of what Boris Yeltsin’s government did in the early 1990s was designed to prevent the recovery of the communists, by then reorganized in the Communist Party of the Russian Federation (CPRF) under the leadership of Gennady Zyuganov.

Indeed, what defined Russian liberalism of that era was precisely its hatred of all things communist. As Yeltsin’s first prime minister Egor Gaidar put it: “If you read the writings of Mr Zyuganov… there is nothing Marxist about them, but there is much that resembles the writings of Hitler… That is why they [the communists] are so dangerous.”

Gaidar must be turning in his grave, for the focus of radical liberalism has once again shifted. Its enemy is now Yeltsin’s successor, President Vladimir Putin. In the struggle to beat the Kremlin, liberals are being encouraged to vote for the “dangerous” Mr Zyuganov. It’s 1907 all over again.

Half of the seats in the Russian parliament are assigned by first-past-the-post elections in single-member constituencies. Navalny and his team have used this fact to come up with a scheme, called ‘smart voting’, designed to defeat the pro-Putin United Russia party.

‘Smart voting’ encourages those who dislike the current government to mark their ballot for whatever candidate in a given constituency is most likely to defeat the candidate of United Russia. Allies of the jailed Western-backed opposition figure have identified who these people are and then published their names on a website, in the hope that people will vote for them en masse and so cast United Russia out.

The response from the government, which sees the initiative as a foreign-backed ploy, has been swift, and, frankly, disproportionate given the apparent lack of public interest. On Friday, the US ambassador was summoned to explain why American tech giants are allegedly refusing to implement a ban on the site and its app, allowing Russians with VPN connections to circumvent a court order to make it unavailable in the country.

The list contains the names of 137 members of the Communist Party, 48 from the left-leaning Just Russia, 20 from Vladimir Zhirinovsky’s far-right LDPR, a mere 10 from the liberal Yabloko, five from the liberal-ish New People party, and one from the pro-business Party of Growth.

Whatever Navalny’s intent, in practice he and his team have effectively turned into a campaigning arm of the Communist Party – without the Communists’ say so. It’s not surprising that leaders of Yabloko are deeply offended by the slight. For what Navalny is saying is that Russians shouldn’t vote for the country’s main liberal party but for an organisation that to most liberals is entirely anathema.

It’s not a very principled position. If there is a principle, it’s that the system must be destroyed by any means possible. But this is entirely negative. Navalny-style politics is all about action: going on demos, getting arrested, generating headlines and so on, all in a desperate attempt to remain relevant. In the process, the development of any positive political programme goes by the by.

Beyond that, one has to wonder what Team Navalny thinks would happen if its ‘smart voting’ scheme worked. Imagine that all Russians followed their advice and voted for those on the list. Russia would wake up next week with a Communist majority in its parliament. How would that help the cause of Russian liberalism? It wouldn’t. If they did win, the Navalny-ites would not like the result.

Nor would Navalny’s supporters in the West. If they think that today’s Russian state is overly hostile, they’d have to think again if the Communists ever got to be in charge. Compared to them, Putin and his government are a bunch of pro-Western softies.

For these very reasons, ‘smart voting’ isn’t going to achieve very much. Even if they’re not overly fond of United Russia, the average Russian seems to prefer it to the Communists. It beggars belief that millions of people are going to cast their dislike of Zyuganov and the CPRF aside and vote for them in an effort to spite Putin. A few may do so, but not many, and certainly not enough to have a significant impact on the results.

That doesn’t mean that the CPRF will do badly. Opinion polls are showing it well up on its performance in 2016. It is likely that it will win a fair number of seats. And no doubt Navalny and his supporters will claim credit. “Look how well the Communists did,” they’ll say, adding that it must have been because Navalny told people to vote for them. Except that won’t be the case. The people who voted Communist were going to vote that way anyway. Observers should not be fooled.

It’s a sad sign of the degradation of Russia’s opposition that it’s ended up in a position where liberals are shilling for the Communist Party. If you’re liberally inclined and want to vote against United Russia, you have a lot of other options, most notably Yabloko, but also those like the Party of Growth, Civic Platform, and even New People. It’s certainly not for outside commentators to “meddle” in Russia’s elections by telling people how to cast their vote. But voting ‘smart’ may actually not be very smart at all.