Home / WORLD / Azerbaijan has ‘handed over’ command of its Air Force ops in Nagorno-Karabakh to Turkey, Armenian defense ministry claims 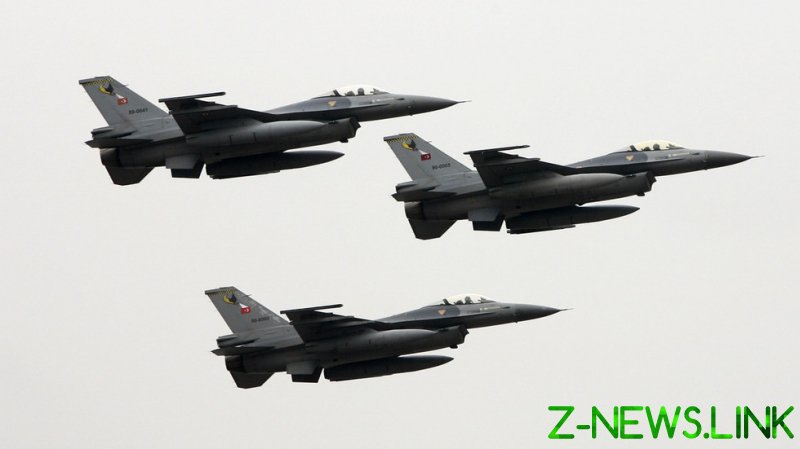 Turkey’s military command has allegedly been coordinating the Azerbaijani airstrikes against targets in Nagorno-Karabakh, the Armenian defense ministry’s spokeswoman, Shushan Stepanyan, said in a series of Twitter posts on Wednesday.

She claimed Turkish officers “directly control” the actions of Azerbaijan’s military aviation from aboard an E-7T early warning and control aircraft flying over Turkish territory between the cities of Erzurum and Kars, west of Armenia’s borders.

The Turkish Air Force possesses at least four Boeing 737 AEW&C, also known as E-7Ts in Turkey. Outfitted with an array radar capable of simultaneous area search and fighter control at a distance of over 600 kilometers, these planes are designed for early warning and coordination of airborne missions. Their role in the recent flare-up between Armenia and Azerbaijan remains unclear.

Stepanyan claims that Ankara has overseen at least two air strikes that the Azerbaijani forces launched against the towns of Hadrut and Martuni, located in the disputed region. She also alleged that at least two Turkish F-16 fighters took part in these air raids. Yerevan did not reveal if the attacks resulted in any casualties or material damage.

Turkey has denied that any of its forces are deployed to aid Baku in its conflict with Yerevan while maintaining that the Azerbaijani army has “the ability and qualifications to achieve victory on their own.” On Wednesday, Turkey’s Ministry of National Defense issued a statement accusing Armenia of disseminating “false claims” and “propaganda.” Ankara stated that Yerevan lacks evidence to justify its claims, claims that cannot be “taken seriously.”

Later on Wednesday, Stepanyan published a video on her Facebook page, which appears to be a flight-tracker map, purportedly showing the movements of the Azerbaijani Su-25 planes and Turkish F-16 jets over Nagorno-Karabakh. The jets marked as F-16 on the video were, however, moving not from Turkish territory to the south but from a north-western region of Azerbaijan. The video also supposedly showed the Turkish E-7T control aircraft circling above the Turkish territory west of Armenia.

Baku has not commented on Yerevan’s statements, while posting a series of videos showing its forces supposedly launching airstrikes against Armenia’s artillery positions and a gathering point. The ministry did not name the areas targeted in the airstrikes.

It is not the first time that Armenia has accused Turkey of fighting on the Azerbaijani side. On Tuesday, it said a Turkish F-16 fighter had shot down an Armenian Su-25 jet – something that both Baku and Ankara denied. At the same time, Turkey has vowed to help Azerbaijan repel “Armenian aggression,” offering both diplomatic and military assistance.

The developments come following an outbreak of violence between the two neighbors over this long-disputed territory. The conflict broke out on Sunday, after an exchange of fire between the Azeri and ethnic Armenian soldiers in the Nagorno-Karabakh region.

The ethnic Armenian enclave, which is a self-proclaimed republic but is internationally recognized as part of Azerbaijan, has been in a state of frozen conflict between Yerevan and Baku since the Nagorno-Karabakh war that ended in 1994 with ethnic Armenian victory.

Azerbaijan maintains that 20 percent of its territory is illegally occupied by Armenia. Each side has accused the other of killing civilians, while posting videos purportedly showing their rival’s military hardware being destroyed.