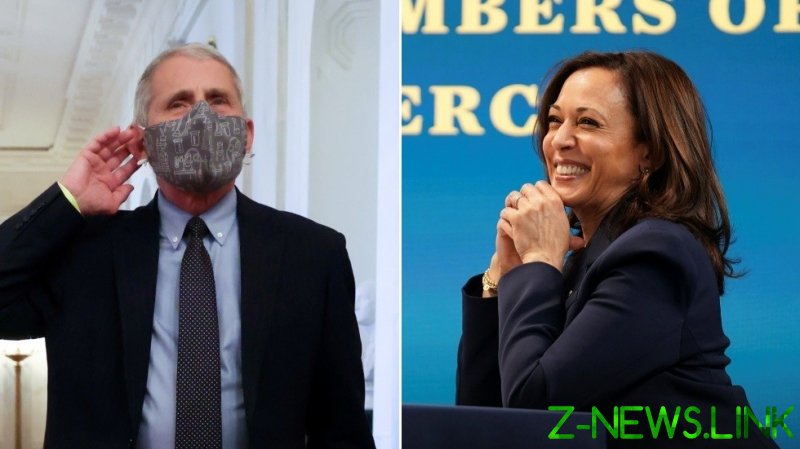 The claim that the Biden administration had to start from scratch on a national vaccination strategy because their Republican predecessors left them nothing to work with came up last month, first as a CNN ‘scoop’ and later as the official position of the new government.

Some commenters saw it as hyperbole at best, and possibly lowering the bar for the Biden team in case their vaccine roll-out proves to be underwhelming. And Dr. Fauci rejected the claim, stating: “We certainly are not starting from scratch because there is activity going on in the distribution.”

Fauci, the director of the NAID (National Institute of Allergy and Infectious Diseases), was a leading expert on Covid-19 under Trump and is currently serving in the new administration as chief medical adviser to President Biden.

This was the context that Axios provided when it tweeted on Monday the latest iteration of the claim, made by Vice President Kamala Harris in a Sunday interview with ‘Axios on HBO’. Hours later, the tweet was deleted and seemingly superseded with one that didn’t challenge her assertion. The story itself never mentioned Fauci and his remarks.

Ironically, Fauci was interviewed by the same program in recent days. It may have been a good opportunity to sort things out, but the issue was apparently never brought up. He was, however, asked about the fact that his name is now being used to describe breaking up with a person who doesn’t follow social distancing guidelines.