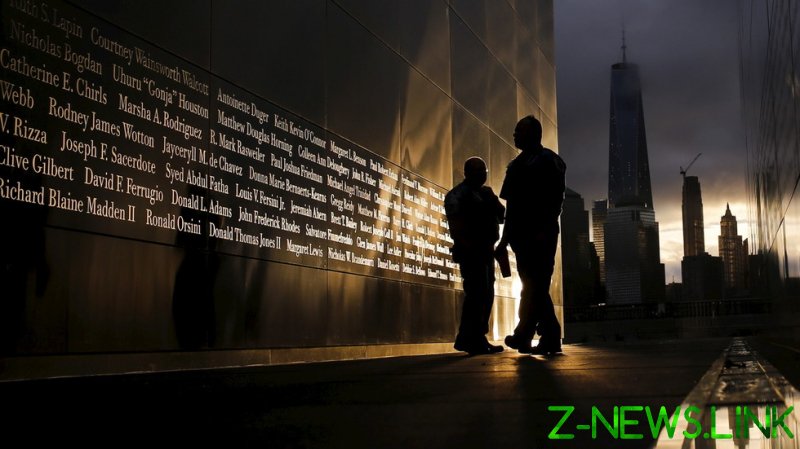 When George W. Bush first heard that the Twin Towers had been attacked on September 11, 2001, he was sitting in a Florida school listening to children read. It is, therefore, ironic that a new survey has found the state’s university students believe educators “should avoid placing blame” when discussing 9/11.

This is not a joke. A recent survey conducted by Campus Reform revealed that many students, who were not born when 9/11 happened, would rather not apportion blame so as not to invoke Islamophobia.

This is nonsense; we all know Osama Bin Laden, an Islamist fundamentalist and founder of Al-Qaeda, claimed responsibility for the attacks.

But I think you can accept this when it comes from the students. After all, students are known to have a youthful desire to push the boundaries of discourse.

However, I find it hard to fathom when it comes from the professors, who should know better. A few weeks ago, a teaching training video published by the Virginia Department of Education encouraged educators not to refer to the perpetrators of 9/11 as ‘terrorists’.

Instead, Amaarah DeCuir, a professor at the American University School of Education, explained, “I choose to use the word ‘extremists’, and I use this based on the scholarship of other scholars and activists in the community that will also use this word to describe the perpetrators of the crimes associated with 9/11.”

Now, I don’t know about you, but I think that if you board a plane, hijack it, kill the pilots, and then fly it into a building, killing all the passengers on board and hundreds of people in the building you have crashed into, then you are a terrorist. Does anyone bar Ms. DeCuir disagree?

Well, again, I am sorry Ms. DeCuir, but this is just nonsense. Mohamed Atta and his mates were all Islamic fundamentalists. I am not suggesting that all Muslims take responsibility for 9/11 – of course not – but to suggest it had nothing to do with the faith of the perpetrators is clearly false.

I was tempted to just pass all this off as yet another example of wokery. But when I thought about it, I concluded that it is much worse than that. It is a perversion of history and an insult to the 2,983 people who died on that fateful day. Christopher Hitchens would be turning in his grave, because the truth is the truth, regardless of how uncomfortable it makes some sensitive folk feel.

Indeed, can you imagine the uproar if a university refused to teach that the Holocaust was committed by Nazi Germany because it didn’t want to offend Germans?

Anyway, back to Campus Reform’s survey of the University of Florida’s students. One student, when surveyed, said that the US had to “stop propagating this idea that our nation is best no matter what.” Another claimed that America skips over “bad parts” of its own history. Now I have to say, I don’t know of another country in the world that self-flagellates more about its past than the modern USA, with perhaps the understandable exception of Germany.

In the past few years alone, statues have been torn down, flags have been banned, and syllabuses in schools have been rewritten. Moreover, the whole notion of white privilege, cancel culture, and the teaching of critical race theory has emanated from America, and it now seems to be making its way across the Western world.

I would argue that we are all suffering because a certain portion of America – mainly liberals – hate their own country. It was once said that “when America sneezes, the world catches a cold.” This still rings true today, because now America has started to hate itself, it seems that we all have to follow suit.

You can see it in the UK, where great historical figures like Winston Churchill and Horatio Nelson are being besmirched, the Cenotaph defaced, and statues toppled. All this is happening because, as ever, the UK is following the American example of hating itself and its past.

This has to stop before it goes too far. History should always be taught, warts and all. Bending history to satisfy modern sensibilities is not only disingenuous, but also dangerous. And finally, we have got to stop hating ourselves, because a society that despises itself – or is cowered into doing so by a noisy minority – is never a healthy one, either in body or mind.