Home / WORLD / Australia’s answer to Mao wants to extend his state of emergency for another YEAR. This should frighten anyone who values liberty

Australia’s answer to Mao wants to extend his state of emergency for another YEAR. This should frighten anyone who values liberty 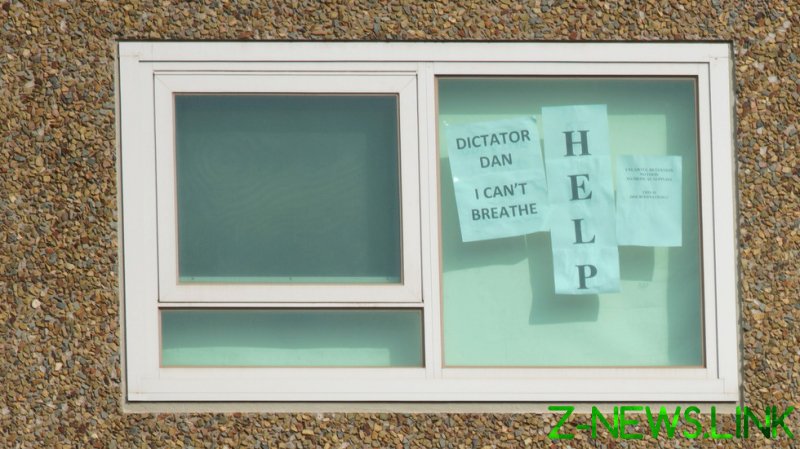 I regret to report that Melbourne’s answer to Mao Zedong has decided that he really rather enjoys being able to tell people exactly what they have to do and has no intention of stopping any time soon. Chairman, sorry, Premier Dan Andrews of Victoria is trying to railroad a bill through the legislature that would allow him to keep the current state of emergency going for another 12 months.

Australia’s second most populous city has already been in a state of emergency for six months, meaning that if he gets his way he will have been free to run the place like his own private penal colony for 18 months. The current state of emergency legislation expires after six months, precisely to stop power hungry bureaucrats like him giving themselves extraordinary powers without any checks.

As it stands the state of emergency in Victoria, which was first declared on March 16, will expire on September 13. However, King Dan doesn’t think his subjects can be trusted to go about their daily lives just yet lest the dreaded coronavirus runs rampant through his fiefdom.

He claims not to be seeking an “unlimited” extension, but seems very reticent to put any kind of firm limit on when exactly he should be stopped from keeping around 6.5 million people under house arrest. According to Andrews: “We simply can’t have those important rules, and the legal framework that sits behind them, we can’t have that end [on September 13].”

Allegedly, he “certainly hopes” these rules and restrictions won’t be necessary for another 12 months, but added that without a vaccine many of these rules would still be needed. This is endemic of the mission creep we have seen across the West since the bulk of us locked down in March. Back then, we were told the lockdowns were to stop healthcare systems being overwhelmed. Other than in Northern Italy, which had a number of unique issues, nowhere in the West came even close to being unable to cope with the number of patients. In fact, hospital admissions have dropped in most countries despite there being a pandemic.

Now we don’t hear any talk of “slowing the spread” or “flattening the curve,” but have shifted to “we need a vaccine” before things can go back to normal. But there is no guarantee that a vaccine is even possible, and all the while the death rate is proving even more infinitesimal the more we learn. Most people do not require hospitalisation and make a full recovery, while an ever-increasing number appear to be completely asymptomatic. This situation is best exemplified by the fact that as sport has resumed around the world, and athletes are being constantly tested in case they might accidentally be playing top level sport while carrying the disease, precious few are.

Fortunately, the opposition in Victoria finally seem to have got their act together and are opposing Andrew’s latest move to make himself a public safety Caesar. Opposition Leader Michael O’Brien said both his Liberal Party and the National Party would “be opposing this power grab with everything we’ve got… This is not the act of a democrat. This is the act of a premier whose power has gone to his head.”

He added: “We understand that in a pandemic, sometimes there need to be restrictions. But there’s a reason why the state of emergency, in law, is limited to six months because no premier, no politician, should have that degree of power over the lives of Victorians indefinitely.”

This is an exceptionally good point when one considers that the case numbers across Victoria are falling, which should obviously mean that Chairman Dan’s extraordinary powers should be rowed back, not extended. Especially when one considers how enthusiastically he has used them thus far.

Current restrictions on the lives of Victorians include, an outdoor mask mandate everywhere at all times, a curfew from 8pm to 5am when you cannot leave your home, the police having the power to enter homes without a warrant and using drones to make sure people aren’t walking their dogs too much.

Of course, according to Andrews: “The most logical, the most prudent thing to do, is to simply accept the fact that we have a need for rules … they’re not about individual liberty, they’re about public health. They’re about protecting everyone.”

There you have it: the people should just simply accept that we need these new rules. It’s not about such frivolous things as “individual liberty,” this is about “public health.” The fact that he Andrews so blithely dismisses such liberty should send a shiver down the spine of anyone who actually values their own agency. These freedoms have been hard won and they are far easier to take away than they are to win back.

The restrictions also don’t seem to be working. Along with having the most stringent lockdown in Australia, Victoria has had by far and away the most cases and deaths with 430 people so far recorded as having died with Covid-19. The second worst hit state, New South Wales, has had just 52 deaths but has not had a lockdown anywhere near the one in place in Victoria.

Any restrictions on hard won freedoms should be brought in with extreme caution and with the utmost reluctance, but these curbs in Victoria seem to have been brought in on the back of a misguided sense of righteousness. That is the only explanation for why Andrews could even contemplate wanting to rewrite the law to allow him to extend them for such a long time.

One can only hope that other leaders will view his handling of this crisis as a cautionary tale rather than a blueprint, otherwise the world’s new normal risks being very abnormal indeed.