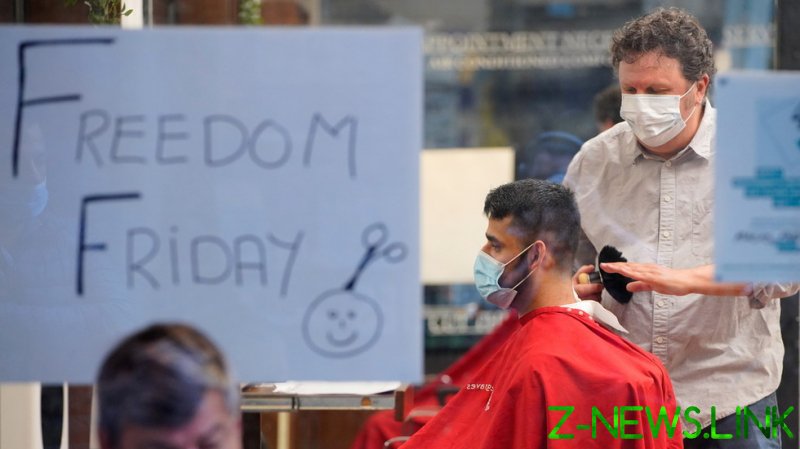 Cartoonist Michael Leunig, sometimes referred to as Australia’s “living national treasure”, has revealed that he was forced out of his position at the editorial page of The Age daily newspaper after publishing a political cartoon criticizing the government’s push for mandatory vaccination.

Speaking to The Australian on Monday, Leunig said that while the editorial team has censored about a dozen of his works this year, the last straw appeared to be an anti-mandate cartoon which was a play on the iconic Tank Man photo. Leunig’s cartoon shows a man staring down a tank, with its main gun being replaced by a syringe.

Australia’s second-largest city began relaxing sweeping Covid-19 restrictions on Friday. The much-awaited move sparked celebrations across the city, with residents being seen cheering from their balconies as the clock struck midnight.