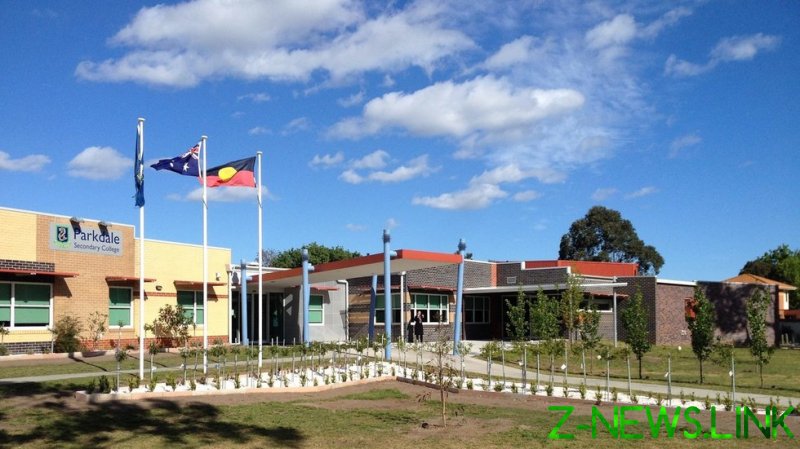 The incident allegedly took place at Parkdale Secondary College in a beachside suburb of Melbourne, Australia, last week, but was first reported by the Sunday Herald on Sunday.

The paper reported that the Kingston Youth Services worker was giving a presentation about “privilege, pronouns and “intersectionality”’ to year 11 students last Wednesday. As part of the presentation, the unnamed female worker told the teens who considered themselves to be “male,” “white” and “Christian” to stand up and then chastised them for being the well-off class, reportedly labelling them “oppressors.”

The students apparently were taken aback by the identity-based diatribe, telling the Herald that they felt “ashamed” and “shocked” by the spectacle. One said that the students were reluctant to confront the narrative out of fear they would be labelled “homophobic” by the worker, who was also reportedly advocating LGBTQI+ rights.

Parents of the children also failed to appreciate the teaching method and the agenda it was attached to, with one parent telling the paper that he believes the school “is not the place to indoctrinate kids with divisive ideas”, that prioritize a skin colour over character.

Following the outrage, the school principal condemned the incident, expressing his “disappointment” with the way the lesson was conducted. He, however, signalled that the school was familiar with the content of the presentation, noting that the administration “discussed” with the speaker its content and the delivery, but claimed the school was left in the dark about the name and shame interactive.

The uproar has soon spilled over beyond the school walls, and saw the mayor of Kingston, a city to which the suburb belongs to, apologizing for the incident, and vowing an “investigation into this as a matter of urgency.”

A Califorina elementary school was rocked by a scandal in January after it was reported that young children were instructed to creat “identity maps” and were told that they live in a “white, middle class, cisgender, educated, able-bodied, Christian, English speaker” dominant culture where “those with privilege have power over others.”

Most recently, a Virginia school has come under fire after a teacher was filmed berating a student for refusing to acknowledge racial differences.