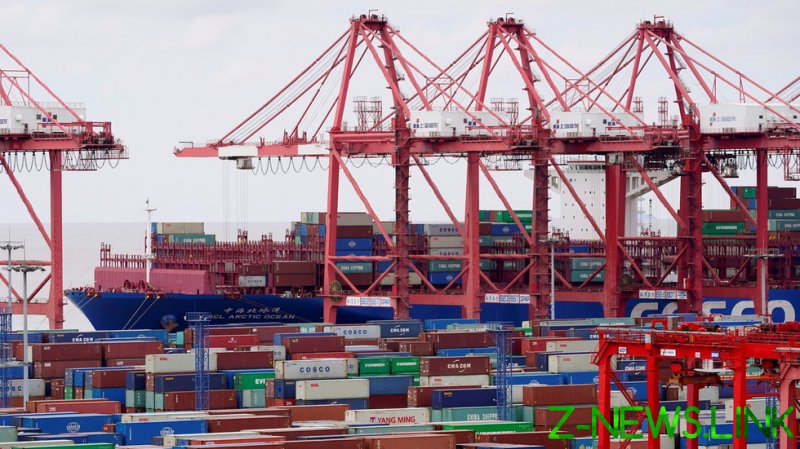 “This is the logical and appropriate next step for Australia to take,” Trade Minister Simon Birmingham told reporters on Wednesday, arguing the move, the first of its kind between the two nations at the WTO, would defend the interests of Australian producers.

We are highly confident that based on the evidence, data, and analysis that we have put together already, Australia has an incredibly strong case to mount in relation to defending the integrity and propriety of our grain growers and barley producers.

Imposed in May, Beijing’s tariff hike came after the country’s Ministry of Commerce complained that “domestic industry” had “suffered substantial damage” from the Australian barley imports, effectively closing off the Chinese market and costing the Australian economy some AU$500 (US$369) million per year. Birmingham slammed the decision at the time, hinting in November that Canberra would look to settle the issue through the WTO.

Though the trade minister said the matter was taken up with the international body on Wednesday, he nonetheless voiced hopes that it “could be resolved prior to going to the WTO dispute resolution process,” which he added is a time-consuming process that “could take years.”

“We stand ready to work with China at any stage to resolve this issue in a cooperative manner, as we have previously done with other nations,” he went on. “We have continued to raise our concerns with China on numerous occasions both bilaterally and through the relevant WTO committees.”

Birmingham’s announcement came less than a day after Australian Prime Minister Scott Morrison suggested that Beijing would violate WTO rules, as well as a bilateral trade deal, if it moved to slap restrictions on Australian coal, as was indicated in a recent report in Chinese state media. Asked about the remarks, Chinese Foreign Ministry spokesman Wang Wenbin offered no details, but referred to “recent measures taken by the Chinese authorities on some imported products from Australia,” insisting they are “in line with China’s laws and regulations.”

Tensions between the two nations have ramped up in recent years, largely kicked off after Canberra banned Chinese telecoms Huawei and ZTE from its 5G rollout. Relations soured further after Australia called for an international inquiry into the origins of the coronavirus outbreak in April, prompting accusations from Beijing that Australian lawmakers were acting on marching orders from Washington.

While tensions were expected to ease after the two countries became part of one of the world’s largest free trade blocs – with 15 states signing a massive deal known as the Regional Comprehensive Economic Partnership (RCEP) in November – the pact appears to have done little to resolve the ongoing trade spat.