Home / WORLD / Australia is right to fight Facebook’s media influence, but it’s doing it for the wrong reasons – and not hard enough

Australia is right to fight Facebook’s media influence, but it’s doing it for the wrong reasons – and not hard enough 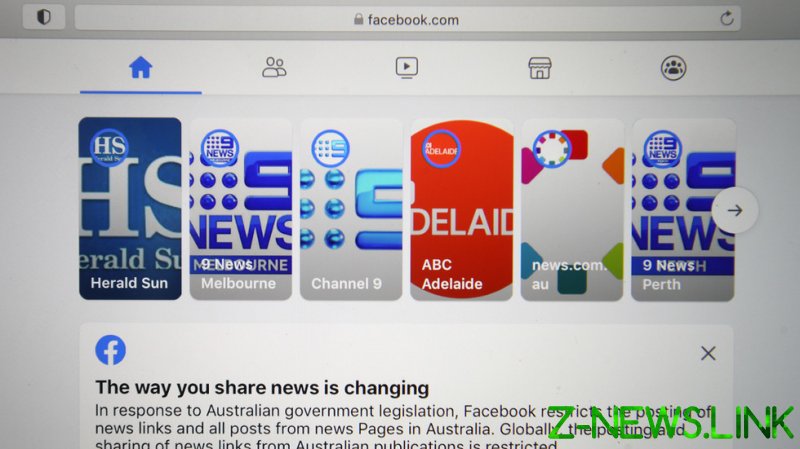 As part of a long-running dispute over proposals to make “Big Tech” companies pay for news content hosted on their platforms, Facebook has blocked all access to news-related content in Australia. Described as “arrogant and disappointing” by Prime Minister Scott Morrison, the standoff – which had also involved similar threats from Google – is raising new questions about the disproportionate power Silicon Valley has over all aspects of ordinary life. Emergency services in the country were also reportedly no longer able to use their Facebook pages, having been classified as “news” – though Facebook has since said it was a mistake and brought many of those back online.

Whilst social media companies such as Facebook are becoming more controversial, especially due to their perceived role in politics, the case of a Big Tech oligarch single handedly bullying an entire country is unprecedented. Unfortunately, Canberra is hardly taking them on for the “right reasons”. In the “age of the paywall” this is primarily a battle about corporate profit, not principle. With that in mind, it is doubtful whether Australia will come to terms with the reality that strategic independence from Big Tech oligarchy is probably a more urgent pursuit than its stand-off against China, who does not have close to such control over Australians.

‘The Age of the Paywall’

“Internet killed the newspaper star” – the age of the internet and mass social media has been a sledgehammer to the business of journalism. The instant accessibility and availability of information online has made the practice of selling paper newspapers obsolete, leading revenues to tumble. For news organizations this revolution has created the tenuous task of adapting to online advertising and attempting to rake in as many clicks as possible, giving birth to clickbait and paywalls – both often seen as the plague of online media – and leading to a precipitous drop in quality as papers fought for a readership whose attention span rapidly dwindled as internet access made information oversaturation a real issue.

What Australia’s draft law is really about is keeping the journalism business profitable for the corporate media – and no other country is as notorious for its corporate media as Australia, where 57% of the country’s news are controlled by Rupert Murdoch’s News Corp.

Against this backdrop, the question is really about who should profit from news – the news companies, or Big Tech? Australia has cast its lot only to receive a furious reaction from Facebook and Google, who have openly threatened and acted against the country. Despite this, Australian authorities show little realization as to just how much power these companies have over their country, as well as the world at large.

But China’s influence pales in the face of Big Tech. China, for one, does not have any direct or indirect control over news outlets, information and social networks which millions of Australians use every day, despite the fear mongering. In fact, China exists within its own social media and ‘Big Tech’ ecosystem altogether. For the likes of ordinary Australians, WeChat, Weibo and the like represent an entirely different world, one which does not seriously collide with theirs, and of course Chinese media has minimal presence in the country compared to the vast oligopoly of Murdoch.

When China cut off various imports from Australia in the heat of political tensions, it was described widely as “economic coercion” – but again this is miniscule in scale to Facebook deciding to single handedly cut off access to news sources. Why should it be tolerated? If Australia’s foreign policy is earnestly about maintaining its own strategic independence against perceived “control” from Beijing, then logically this ought to apply to Silicon Valley’s influence as well. Huawei was deemed “too dangerous” to be involved in the country’s 5G networks citing potential repercussions, so why are US-based tech giants able to control the entirety of the country’s social media, impose their own rules on the entire population at will, and receive zero accountability for it?

Unfortunately, little is likely to change. Australia’s government is not looking after its own, it never has, and this dispute is ultimately about serving the interests of corporate media rather than a serious query into the power various US tech firms happen to wield. Having snapped back against China and blocked various investment deals, it seems unlikely that Canberra would be as stern with Facebook and threaten to simply ban it altogether.

“Abide by our laws or get out” is, apparently, a message reserved for Beijing.