Home / WORLD / Aussie billionaires get 50% RICHER amid Covid. I’m not applauding; Australia is now even more divided into haves & have-nots

Aussie billionaires get 50% RICHER amid Covid. I’m not applauding; Australia is now even more divided into haves & have-nots 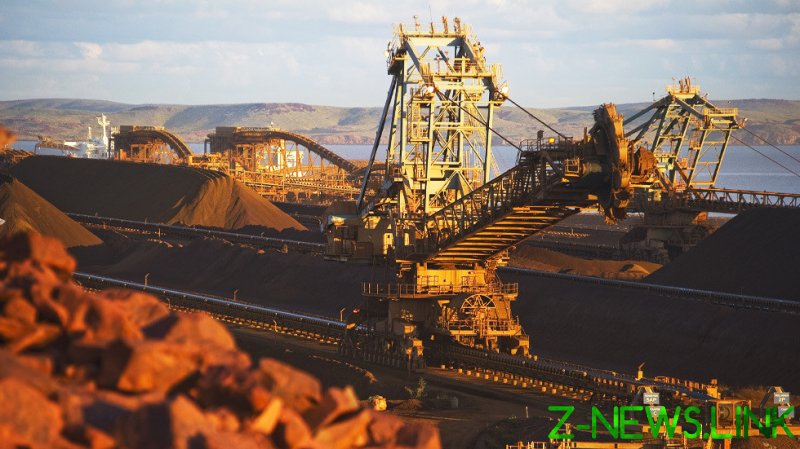 Rich lists are a funny thing – they never really give you a warm, fuzzy feeling. Quite the opposite in fact.

While those who compile them are motivated by an inquisitive nature – Who owns what? Where does all the money go? – these tables ranking life’s financial success stories do nothing more than simply irritate those who fail to feature – pretty much everyone else – and remind us all of our own paltry bank account balances.

To discover that among all the world’s billionaires, those from my native Australia have benefited to a mind-boggling extent from the hideous coronavirus pandemic does not fill me with warming patriotic pride. It makes me feel nauseous.

Australia’s elite top one percent of one-percenters have seen their wealth increase by 52.4 percent more than at the same time last December. More so than billionaires in any other nation – the US and UK uber-wealthy have seen bumps to their fortunes of less than half that figure.

Much of that unfathomable wealth comes from Australia’s booming, virtually recession-proof mining industry. Although we most often think of anonymous, boardroom-steered multinational corporations controlling that sector, in Australia, the industry has a face, and that belongs to Gina Rhinehart, Australia’s richest person.

The 66-year-old heiress is executive chairman of Hancock Prospecting, a massive mining business she inherited from her father, Lang Hancock, that continues its relentless task of stripping Australia of its national resources and sending them to China and elsewhere around the globe.

The corporate website videos of Hancock Prospecting are hilariously tone deaf in this modern age of concern for the planet. They showcase the large-scale industrial techniques used in open pit mining as the topography is blasted into weird and wonderful new formations as the iron ore and other resources are extracted before the whole operation moves on to the next location.

Undeniably the source of incredible wealth, mining is nevertheless a soulless, scorched-earth activity, with gigantic, outsized trucks and bulldozers endlessly digging and dumping, drilling rigs operated remotely from thousands of kilometres away, workers accommodated in rows and rows of joyless identikit prefab houses, with not a single tree in sight.

Despite all the evidence of activity, there is no sense of humanity anywhere. Which is why Rio Tinto, one of the big multinational operators in the Pilbara region of northern Western Australia, presumably decided to blow up a 46,000-year-old site of huge significance to the indigenous people of the area. Who cares? There’s no one here anyway.

That decision was made despite the company’s own extensive study into the sacred site tucked away in the resource-rich rocks in a hard-to-top egregious display of naked corporate greed this year. Rio Tinto bosses admitted they recognised the area’s importance but decided to blow it up anyway.

This is the arrogance that comes from wealth. And that’s what really gets up the noses of Bruce and Sheila Everyman because it just reminds them that money can do what it wants.

Australia is not so old that people need to study history books to learn of the origins of its super-rich modern-day kings and queens. Much of what passes for ‘old money’ in Oz was handed down by those hard-nosed businessmen of 20th-century Australia who through the luck of being first to hoover up titles to vast tracts of land and exploit the wealth derived from its hidden treasures either through farming or mining, have left everyone else in their wake as the years passed, enriching themselves and cronies in the process.

Money begets money, and even if the iron ore, uranium, gold, cobalt, and titanium ran out tomorrow, the wealth that Australia’s mines have created for a handful of super-billionaires would last for years to come.

Those who historically opposed this wealth creation in Oz, particularly during the early years of environmental awareness in the 1970s and 80s, were often sneeringly derided as ‘Greenies’. In a memorable and ongoing battle, the farming of virgin alpine pastures in one region was legitimised by enlisting ‘Mountain Cattlemen’, romanticised heroes of the high plains (many of whom had never sat on a horse and smelt distinctly of City) so that public support could be won over by big agriculture as they fought the environmentalist lobby attempting to protect a national park from grazing livestock.

Like that issue, efforts elsewhere to raise awareness about the impact of mining, logging, and damming across the vast country were typically portrayed as un-Australian, in denying brave, adventurous entrepreneurs the pioneer spirit that would open up the resources and wealth to everyone. Needless to say, this is not how things panned out.

Once given the go-ahead and the wherewithal to start making big bucks – and this is not exclusive to Oz – those who made that money would devote a large part of their new-found riches to protecting and securing their future. Doling out favours, donating to political parties, establishing foundations. The usual score.

I’m no swivel-eyed socialist. I studied economics. I know this is how it works. But please, don’t expect me to celebrate Australia’s ever-widening gulf between the gots and the not-gots, the winners and the losers, something the economically crippling pandemic has helped exacerbate.

Because Australian and multinational mining billionaires have been well-placed to benefit from the sudden appetite for huge infrastructure projects around the globe as national governments seek to boost their ailing economies in the post-pandemic phase.

All that iron ore being dug out of West Australian rock is just what the world’s hungry market ordered, and a sudden lack of competition, thanks to Covid-19 wreaking havoc in Brazil, the sector’s largest rival, has fuelled the wealth surge Down Under even more, hence the discrepancy in fortune growth among its fellow Western economies.

The only consolation to those of us not enchanted with the idea of rich folk having a whale of a time is that eventually the mineral resources of Australia will either be depleted to such an extent that it is no longer financially viable to continue their mining or they may just run out, leaving vast tracts of the country bereft of natural wealth, flora and fauna until nature regenerates. Having built a fortune on the back of Mother Nature, the super-wealthy will have to survive on the interest from their stash alone or find something else to exploit.

Call me hard to please, but that too is something I find hard to celebrate.