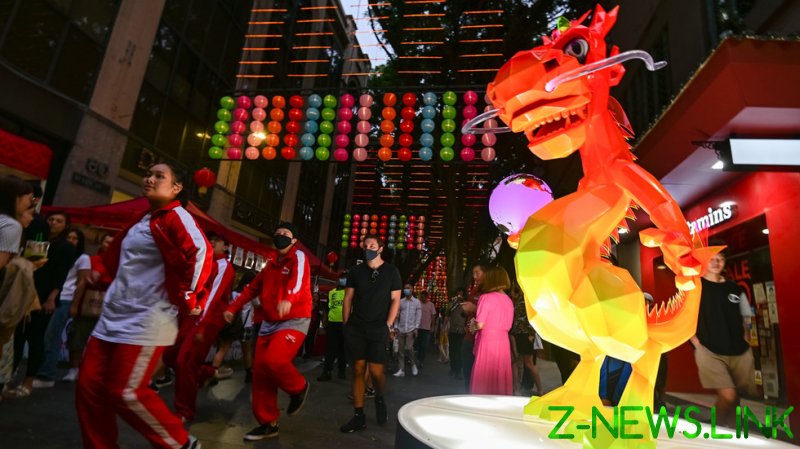 Australia’s decision to invest AU$1 billion in building its own weapons facility instead of importing them from abroad should be seen for what it really is, a distraction from a disgraceful series of sex scandals that have rocked the government and a return to the paranoid Sinophobia that has existed since the Gold Rush days of the 19th century.

Prime Minister Scott Morrison – ScoMo to the Aussies – announced the plan just as China seized around 11,000 litres of Australian wine in the latest salvo fired as part of a bad-tempered and ongoing trade dispute between the two countries.

The announcement certainly had the desired effect – Australia means business, you listening China? – and was picked up across the globe from the USA to Europe and Asia, all mentioning that the project was in collaboration with US partners.

Oh, how those defence contractors at Lockheed, Raytheon and Boeing must be rubbing their hands with delight as they search Tripadvisor for the best Sydney Harbour-side seafood restaurants (Fish At The Rocks, apparently).

Australia last built its own missiles in the 1960s and since then has had to ship the weapons from overseas via a complicated global supply chain that could leave the defence forces vulnerable to shortfalls just when they need them most – something the coronavirus vaccine experience has exposed.

Even then, having to import military hardware such as guided missiles hasn’t deterred the government, which has a defence expenditure for 2021 alone estimated at US$42.7 billion – putting it in 10th spot globally, one place ahead of Russia.

With a population of just under 26 million people, that’s around US$1,655 per head on defence in just one year. That seems like an awful lot of money spent on keeping imaginary demons at bay. Because, let’s face it, Beijing is not about to invade Australia, no matter how heated the rhetoric becomes.

However, the fear of imminent invasion from the north is exactly what the historical narrative has often suggested. The perceived threat of the Chinese has existed in Australia since the Gold Rush years of the 1850s, when workers from China – coolies, as they were known – arrived to seek their fortune.

Anyone schooled in Oz, like me, is well aware of this version of history.

The Chinese were seen as endangering the development of so-called ‘white civilisation’ in Australia. As hostility towards their presence increased, so did the paranoid idea that the Qing government had designs on Australia’s wide open spaces and that coolies were the vanguard. Sound familiar?

While some might laugh this off as 19th century ignorance, Australian concern over the sleeping Chinese dragon has existed ever since. This presents a paradox evidenced by Australia’s 2016 census, which highlighted a steady growth in the number of Chinese-born citizens in Sydney, the country’s most populous city, meaning it is now more Chinese than British with 4.7 percent of its 4.8 million residents born in China compared to just 3.1 percent from England.

As global populations grew and travelled, this Sino-Australian mix was inevitable. After all, Sydney is about 9,000km from Beijing – just over half the distance it is from London.

How was this news of a huge ethnic shift in just a single generation from European to Asian greeted? Well, Sydney’s Daily Telegraph welcomed the news with a front page image of its iconic Opera House emblazoned with the declaration, “Welcome to Chinatown!” Subtle, it was not.

Chinese-born Aussies are still framed as fifth columnists by some, preparing the ground for the big Beijing takeover and ScoMo’s defence spending announcement plays to this narrative, particularly when no secret is made about from whom Australia apparently needs defence.

This chest-thumping is encouraged in the press. Take this from a writer in The Australian, the Rupert Murdoch-owned national newspaper, attacking online irritant Zhao Lijian of the Chinese Foreign Ministry blamed for posting fake news on social media: “Zhao is a piss and wind functionary, a bureaucrat perfectly suited to serving a totalitarian government. Wolf warrior? More a propaganda panda. Think of Squealer from George Orwell’s ‘Animal Farm’, the obsequious manipulator who, at the behest of his master, Napoleon, spreads disinformation throughout the socialist collective to bolster the supremacy of his fellow pigs.”

This is what international diplomacy and informed media comment has become? Childish name-calling, squabbling, tit-for-tat and sabre rattling? Not to mention contributing to the perpetually indulgent over-referencing of ‘Animal Farm’.

It’s time the Australian leadership grew up and genuinely sought to fix its relationship with China. After all, in a nation built on immigration, so many Aussies hail from there that fanning the flames of the ‘Yellow Peril’ fire makes no sense whatsoever and no one wins from this prolonged contretemps. Australia should no longer play the troublesome larrikin neighbour relying on American political and military might to provide back up in regional disputes.