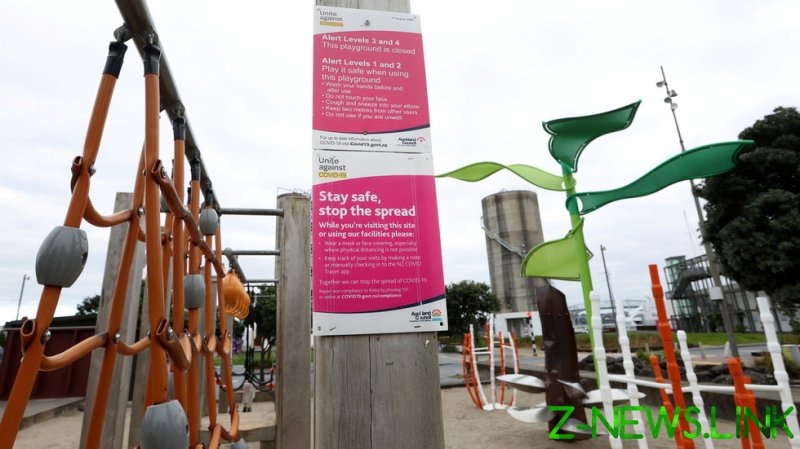 Some 1.7 million residents in Auckland will remain under strict Level 4 lockdown until midnight on September 21, Ardern said during a press conference in the capital of Wellington.

According to the government’s plan, the Covid-19 restrictions in the city will be eased to Level 3 after that, the PM added.

Level 4 lockdown rules bar people from leaving their homes without viable reasons. They only allow for the most essential businesses – like supermarkets or petrol stations – to remain operational, with all gatherings banned and public facilities, including schools, shut down.

The news that the curbs will stay in place didn’t come as a huge surprise after New Zealand reported 33 new Covid-19 cases on Monday, which was the worst number in 11 days.

All of those infections were registered in Auckland, which has become the country’s Delta variant hotspot. Since the outbreak started four weeks ago, the city has seen 938 people contract the virus, with 17 other cases reported in Wellington.

New Zealand, which shut itself off from the rest of the world during the pandemic, had remained largely coronavirus-free, but the island nation introduced harsh stay-at-home orders in mid-August due to an outbreak of the Delta variant. The restrictions were later eased for most of the country, but Auckland has remained under lockdown for almost a month now.

Ardern’s cabinet also faces criticism over a sluggish vaccine rollout, with only around 35% of New Zealand’s 5 million population fully vaccinated so far.