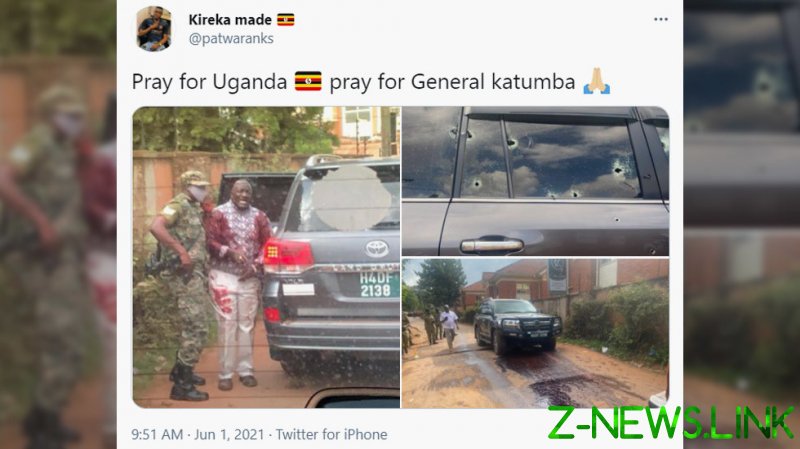 On Tuesday morning, a car carrying Katumba Wamala, a former Ugandan army general and current minister of works and transport, was attacked in the Kampala suburb of Kisota.

A spokeswoman for the army told Reuters that Wamala had sustained injuries and been taken to hospital. In photos and videos the minister can be seen standing by the car, his sleeves covered in blood.

The spokeswoman also said the Wamala’s bodyguard had been killed. Unconfirmed media reports claim the minister’s daughter, Brenda Wamala, also died in the attack. Photos show a young woman lying across the backseats of the four-by-four. Bullet holes can be seen in the rear-right window, where she was sitting.

Wamala previously served as the inspector general of police from 2001-2005 and the commander of the Uganda People’s Defense Force (UPDF) from 2013 until 2017, before transitioning into politics.

Uganda has a reputation of relative safety and security, compared to its sub-Saharan neighbors. However, a crackdown by the government before the country’s January 2021 election, including frequent harassment of opposition candidates, sparked a level of unrest not seen in years.

As a BBC investigation published on Monday highlighted, more than 50 people were killed as police shot at civilians during a period of unrest in the capital, following the imprisonment of pop star and presidential candidate Bobi Wine. President Yoweri Museveni has been in power for 35 years.