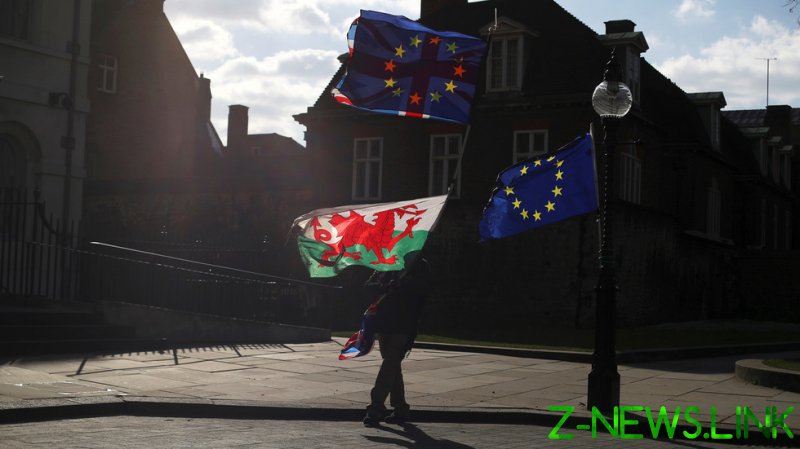 London “plans to sacrifice the future of the union by stealing powers from devolved administrations,” said Jeremy Miles, Wales’ counsel general and minister for European transition.

He was referring to the Internal Market bill, which the Boris Johnson cabinet is set to make public on Wednesday. The legislation sparked a scandal earlier this week over provisions, which would de facto renege on key parts of the EU Withdrawal Agreement, which had been included to prevent border checks between Northern Ireland and the Republic of Ireland.

Miles said he was briefed on the contents of the bill only after the media were given a preview. His impression was that it constituted “an attack on democracy and an affront to the people of Wales, Scotland and Northern Ireland.”

Vital decisions about life in Wales “should be made in Wales, by the government of Wales, and with the consent of the Senedd – and not at the behest of Conservative backbenchers,” he added.

Similarly scolding criticisms came from Scotland, where officials see the bill as a power grab by the Tories, who seek to allow London to bypass the Scottish government and affect the economic and public life in the country directly.

The draft law “represents the biggest threat to devolution in decades, and would enable Westminster to overrule the democratic will of the Scottish Parliament,”said MP Ian Blackford, who leads the SNP faction at Westminster.

“This is the same broken bill that has already been decisively rejected by Scotland’s national parliament, but Boris Johnson is trying to railroad it through anyway to undermine devolution and impose an extreme Brexit against Scotland’s will,” he added.

The Internal Market bill comes as London’s talks with Brussels over future trade relations gridlocked over the contentious issues of fisheries and state aid. The Johnson government apparently aims to pump up pressure on the EU by threatening the Northern Ireland protocol of the Brexit deal, which was meant to be a stopgap measure pending a comprehensive trade agreement.