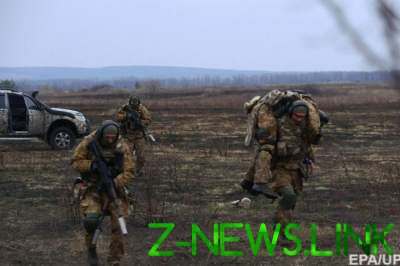 During the last seven days in the Donbas ATO forces destroyed 11 occupant.

It is reported by the Main Department of intelligence of the Ministry of defense of Ukraine.

Also, according to Gur, 19 Russian mercenaries were wounded.

In Gur added that in the occupied Donbass there arrived experts 924 State center of unmanned aviation of the Ministry of defense.

“According to reports, on the occupied territory were specialists 924 state center of unmanned aviation of the Ministry of defence of the Russian Federation which are deployed in Lipetsk. This is due to the increase in cases of failure of Russian unmanned aerial vehicles in the performance of tasks”, – stated in the message intelligence.

In the DIU also suggest that being tested or the testing of new models of such equipment.