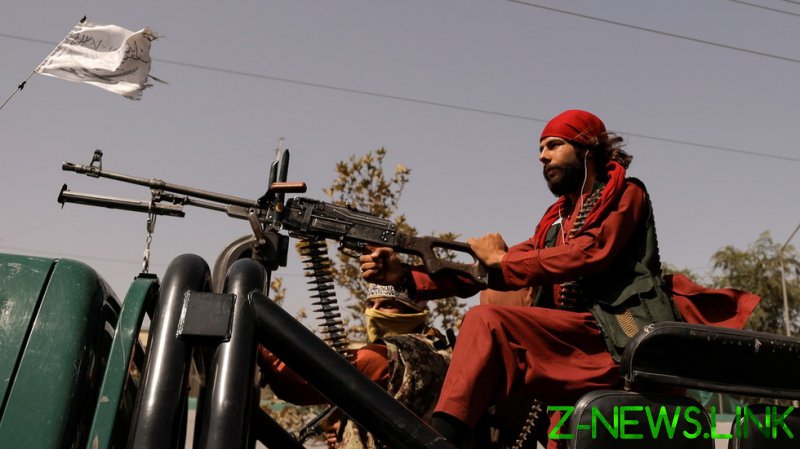 The explosion was confirmed by the son of the deceased, Taliban spokesman Zabihullah Mujahid, who said that a “gathering of civilians” was the target of the attack. The blast occurred outside Kabul’s Eid Gah Mosque, the city’s second-largest mosque. The 16th century building is located in the south of the Afghan capital.

“A bomb blast rocked a gathering of civilians near the entrance of the Eid Gah Mosque in Kabul this afternoon, leaving a number of civilians dead,” Mujahid wrote on Twitter.

The explosion apparently came as a prayer ceremony for Mujahid’s mother, who died last week, was being held at the mosque. Earlier, the Taliban spokesman invited “all people and friends” to attend the ceremony on Sunday.

The incident left at least two people dead and three injured, an official with the Interior Ministry told RIA Novosti. Three suspects have been apprehended by Taliban forces in the aftermath of the blast.

Unnamed Taliban sources provided RIA Novosti with a significantly higher figure, however, suggesting the blast had killed at least 12 and left more than 30 injured.

While the Taliban has not pointed fingers at anyone over the attack yet, local media reports suggested a local offshoot of Islamic State (IS, formerly ISIS) was behind the blast. The initial explosion was reportedly followed by gunfire, suggesting that the attackers engaged the Taliban forces in a firefight.