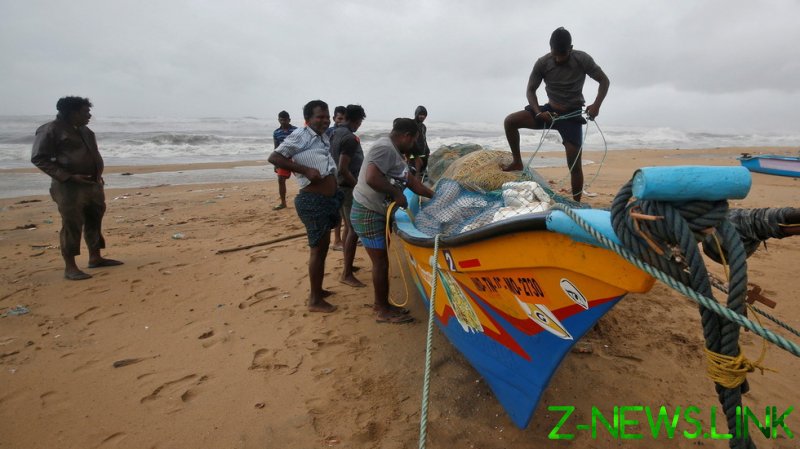 Heavy rains and winds have caused the deaths of at least four people in the Karnataka state on Saturday. The disaster heavily battered 73 villages in the area, with flooding and damage of property reported.

In neighboring Kerala, two people have died, while a boat with 15 fishermen aboard has gone missing amid deteriorating weather.

The popular resort state of Goa also reported two deaths on Sunday. The bad weather has damaged around 200 homes across the state, blocking roads and disrupting power supplies, according to the chief minister, Pramod Sawant.

Tauktae – which, according to the India Meteorological Department (IMD), has intensified into a “very severe cyclonic storm” – is expected to make landfall early on Tuesday in the western state of Gujarat.  When it happens, the winds will reach speeds of between 150 and 160km/h, the IMD head said during a cabinet meeting on Sunday.

Vaccination rollout will be suspended in Gujarat on Monday and Tuesday, with some 75,000 people expected to be evacuated from the high-risk areas, local officials told AFP.

Hundreds of coronavirus patients will be moved to field hospitals, Varunkumar Baranwal, a local district development officer, told the agency, vowing that the supply of oxygen, which is now scarce in India, and power to medical facilities will remain uninterrupted.

In recent weeks, the Covid-19 situation across India has worsened drastically amid the emergency of a local, more transmissible variant of the virus.

The country, which now ranks second in the world for the number of cases – only trailing behind the US – has registered 311,170 new infections over the past 24 hours, with the overall tally almost reaching 24.7 million. The death toll surpassed 270,000 after 4,077 more deaths were reported on Sunday.