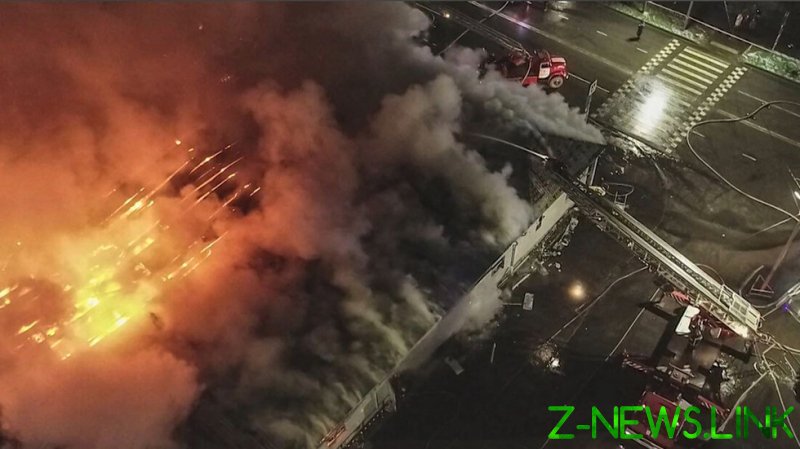 At least 13 people have lost their lives in a massive blaze that broke out in a nightclub in the early hours of Saturday in the Russian city of Kostroma. Local authorities suspect that ceiling decorations caught fire after a patron fired a flare gun. Media reports suggest a brawl preceded the tragedy.

“At the moment, all premises of the ‘Poligon’ club have been examined, debris has yet to be cleared in some places,” a local emergency services representative told TASS news agency.

He added that “13 people fell victim to the fire.”

Local emergency services revealed that they had to evacuate 250 people from the nightclub, along with 15 residents from a nearby apartment block, before they managed to put out the flames.

TASS, citing anonymous officials, reported that the blaze started after a partygoer fired a flare gun inside the premises. According to sources, a brawl had preceded the fire, but the two incidents were not connected. Local police say they have already apprehended the suspect and a criminal probe has been launched.

A later report from TASS, citing a local police official, said the suspect has admitted to firing the flare gun.

“He explained that an altercation in the club was the reason,” the official is quoted as saying.

That version of events has been corroborated by other media outlets and Telegram channels.

Governor Sitnikov declared a day of mourning in the region for Monday and pledged assistance to the families of the dead.

Kostroma is a city of over 270,000, located 300km to the northeast of Moscow. With a wealth of historic buildings, it is a popular tourist attraction and part of Russia’s ‘Golden Ring’ route.