Home / WORLD / At least 13 dead after fire breaks out in ICU ward of Covid-19 hospital near Mumbai, India

At least 13 dead after fire breaks out in ICU ward of Covid-19 hospital near Mumbai, India 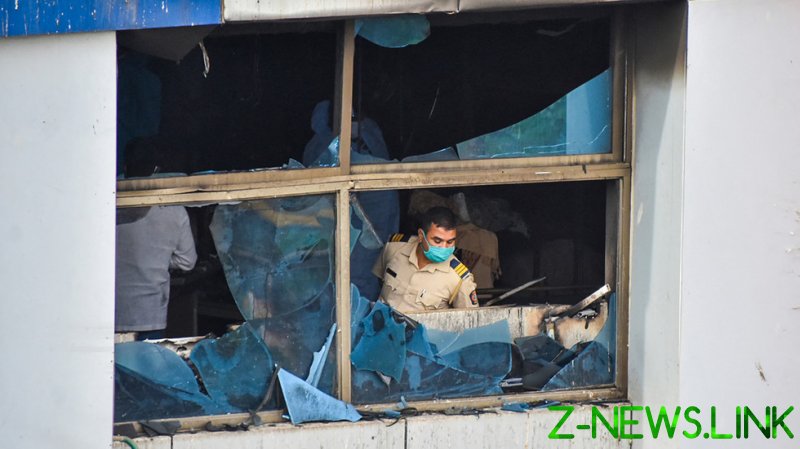 The fire erupted around 3am local time on Friday in the ICU ward of the Vijay Vallabh private hospital, housing around 90 patients.

At the time the fire struck, 18 patients were being treated in the ward, but only five survived the incident and were transported to nearby hospitals. The remaining 13 patients, including five women and eight men, perished in the fire.

An investigation has been launched into what might have caused the fire, with Maharashtra Chief Minister Uddhav Thackeray saying he also directed officials to check whether the hospital was in compliance with fire safety rules.

It has been reported that the fire might have been sparked by a short circuit in the air-conditioning unit that ultimately led to an explosion.

It took firefighters about two hours to extinguish the flames, which by that time reduced the ICU ward to smoldering debris, footage on social media shows.

India PM Narendra Modi expressed condolences to the families of the victims, calling the incident “tragic” and pledging additional compensation for those who lost family members or were injured in the conflagration.

The incident comes as hospitals across India grapple with a shortage of oxygen supplies amid a surge in coronavirus infections, believed to be driven by the new ‘double mutant’ strain. On Thursday, New Delhi banned oxygen supplies for industrial purposes to ensure depleted supplies of liquid oxygen in hospitals are replenished.

On Friday, India broke its own global record for daily coronavirus cases, reporting 332,730 infections, up from 314,835 new cases the day prior.