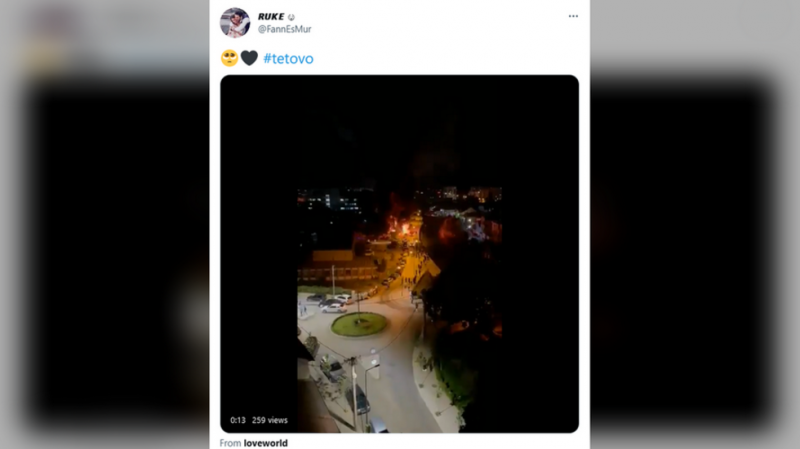 The fire broke out around 9 p.m. local time (1900 GMT) and promptly swept through the makeshift hospital. Flames ravaging the building and thick black smoke billowing from the site could be seen from afar.

North Macedonia’s Health Minister Venko Filipce confirmed that at least 10 people perished in the blaze, adding that the number of the victims could climb further.

He urged against speculations about the number of the injured, noting that doctors “have been fighting” for the lives of survivors amid reports that several dozen people might have suffered injuries in the incident.

It is so far unclear how many people were inside the hospital as the fire ignited. Neither it is known what has caused the fire, which reportedly raged for over an hour before being extinguished.

Tetovo, an Albanian-majority town of some 65,000 people, has reported a spike in Covid-19 cases, and currently has the second-highest number of infections in the country.