Home / WORLD / At last, an official body that recognises letting trans athletes compete against women is unfair, unsafe and unethical

At last, an official body that recognises letting trans athletes compete against women is unfair, unsafe and unethical 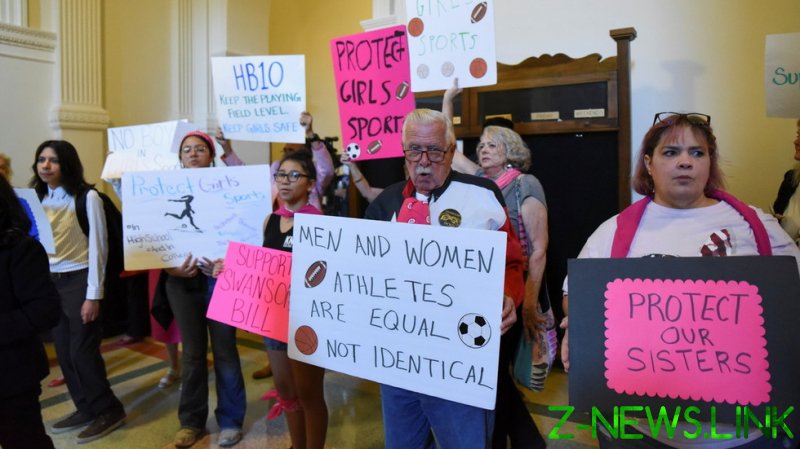 When transgender cyclist Rachel McKinnon (now Veronica Ivy) took to the podium after winning the 2018 women’s world track championships, the differences between the competitors were clear to see. McKinnon is taller, broader and more muscular than the women lining up for silver and bronze medals.

Transgender weightlifter Laurel Hubbard may not have won a medal at this year’s Tokyo Olympics, but the women denied a place to make way for her inclusion would have had good reason to be angry. The barrel-chested Hubbard lived as a male for 35 years without once enjoying success in international weightlifting. It was only after transitioning in 2012 – still with an obviously male physique – that Hubbard began to win elite titles.

It is impossible to think that having a body which has passed through male puberty – complete with larger skeletal frame, increased lung capacity and greater muscle mass – does not give male-born athletes a physical advantage over females in most sports. Take legs. Women’s legs are about 60% muscle. Men’s legs, in comparison, are made up of roughly 80% muscle tissue. This means that, on average, men are likely to be stronger, faster and more powerful than women.

Oddly, many of sport’s governing bodies, including the International Olympic Committee, have been all too content to ignore these basic biological differences. Members close their eyes, stick their fingers in their ears, and pretend that an athlete’s gender identity is far more important than their sex. They have shamefully maintained this delusion even when it has meant sacrificing women’s ability to compete and – in the case of sports like Mixed Martial Arts and rugby – when it jeopardises women’s safety.

At long last, change might be on the horizon. The Sports Councils Equality Group (SCEG) has published a wide-ranging review into transgender inclusion in non-elite sport in the UK. Its findings suggest that “for many sports, the inclusion of transgender people, fairness and safety cannot co-exist in a single competitive model”. In other words: mixed sex sports are unfair and potentially dangerous.

Yes, the SCEG really did spend money employing researchers, authors, proof-readers and type-setters to produce this statement of the blindingly obvious. And yes, this money could have been put into community sports. But common sense is notable only by its absence in the crazy world of gender identity, and stating the obvious now requires huge bravery – so let’s celebrate this small victory for all its worth.

And sadly, it really is a small victory. The SCEG report says it will now be down to the governing bodies for each sport to work out their priorities, and choose whether they will focus on inclusion, fairness or safety, “within the current format of their sport.” This may well lead some sports to change beyond recognition in order to carry on including a tiny minority of transgender competitors.

A far better suggestion from the SCEG is that new “universal admission” categories are created for transgender athletes. I’ll stake my next pay cheque on this never happening. The insistence that ‘trans women are women,’ and therefore only inclusion in female provision will do, always precludes gender-neutral options.

Another problem is that the SCEG guidance covers community sport up to the national level; it does not apply to international, professional or elite sports. What this means in practice is that women and girls can – possibly – play team sports or compete against athletes of the same sex just until they get really good and want to dial everything up a notch with international competitions. But at that point, they may find themselves facing competitors who are male in all but name.

The International Olympic Committee, along with other governing bodies such as the International Weightlifting Federation, uses guidelines dating back to 2015 that rule “athletes who transition from male to female can compete in the women’s category without requiring surgery to remove their testes provided their total testosterone level in serum is kept below 10 nanomoles per litre for at least 12 months”. So transgender athletes can keep their male-bodied height, muscle and lung capacity, just so long as they pop a few pills for a year.

Fortunately, the SCEG recognises just how ludicrous this ruling is. Its report states that, “testosterone suppression is unlikely to guarantee fairness between transgender women and natal females in gender-affected sports.” This is in line with several other recently published scientific papers showing that people “who have undergone male puberty retain significant advantages in power and strength even after taking medication to suppress their testosterone levels” and that there are “retained differences in strength, stamina and physique between the average woman compared with the average transgender woman or non-binary person registered male at birth”.

So hats off to the Sports Councils Equality Group for this rare outbreak of common sense. Now, can someone please pass a copy of their report on to the Labour Party’s leadership team. Word from Brighton this week is that they are still a bit confused when it comes to explaining what ‘woman’ means and could do with some background reading.