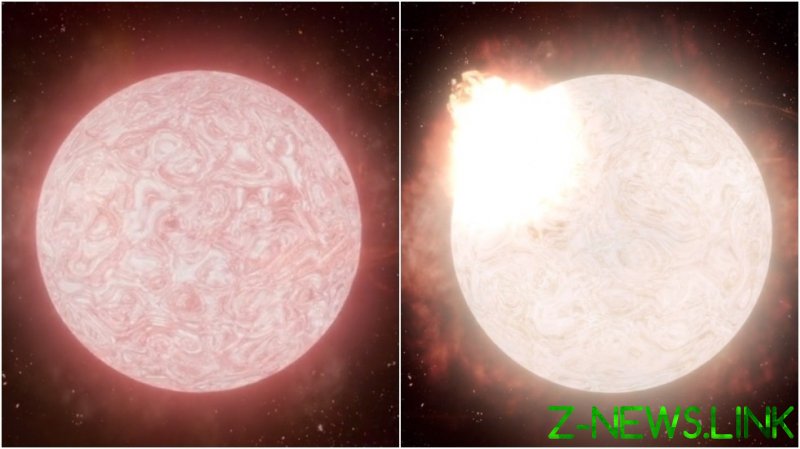 For the first time ever, scientists were able to track a red supergiant in real-time during its final 130 days, watching the massive star’s rapid self-destruction and death throes before a violent explosion.

It was previously believed that red supergiant stars remained calm and didn’t show any symptoms of approaching demise – like eruptions or luminous emissions – ahead of their collapse into a type II supernova.

But a new study by astronomers at Northwestern University and the University of California, Berkeley suggests that things actually happen differently, having detected bright radiation coming from a red supergiant star before it exploded.

This could mean that at least some supergiants undergo significant internal transformation over time, which leads to spectacular ejections of gas ahead of their deaths.

The scientists created an animated video of what they witnessed when the star self-destructed and collapsed.

“For the first time, we watched a red supergiant star explode,” Wynn Jacobson-Galán, the papa’s lead author, said, calling the team’s work “a breakthrough in our understanding of what massive stars do moments before they die.” 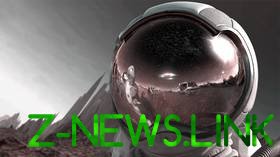 The bright radiation coming from a doomed massive star was first detected in the summer of 2020 by researchers at the University of Hawaii Institute for Astronomy.

“The data showed direct evidence of dense circumstellar material surrounding the star at the time of explosion,” the astronomers pointed out.

They named the powerful explosion supernova 2020tlf (SN 2020tlf), saying it was caused by a star that was ten times bigger that our Sun and located around 120 million light-years away from Earth.

“It’s like watching a ticking time bomb,” Raffaella Margutti, the paper’s senior author, said about the team’s observation. “We’ve never confirmed such violent activity in a dying red supergiant star where we see it produce such a luminous emission, then collapse and combust, until now.”