Home / Video news / Assault on a doctor in Kiev: a man received burns of the head. Video

Assault on a doctor in Kiev: a man received burns of the head. Video 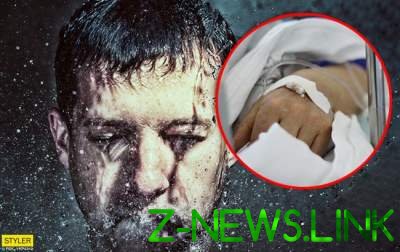 In Kiev looking for someone who poured a neurosurgeon unknown substance

In Kiev attacked the doctor – the attacker poured a neurosurgeon unknown substance, resulting in the victim was urgently hospitalized.

Currently, previously he was diagnosed with chemical burns on the head. The incident occurred in the morning on the street of the Yenisei in the Goloseevsky district of the capital, police said.

Militiamen find out the details of the attack and analyze the video captured by surveillance cameras near the scene.

To the criminal threatens till 8 years of imprisonment.

The victim born in 1969 said that he had no conflicts and nobody threatened him. The doctor has no idea who could commit an assault on him.

Head of the Department of communication GUNP in Kiev Oksana Blischik noted that examination establishes what kind of liquid splattered on the victim.

The motives of the perpetrator is also currently not known.