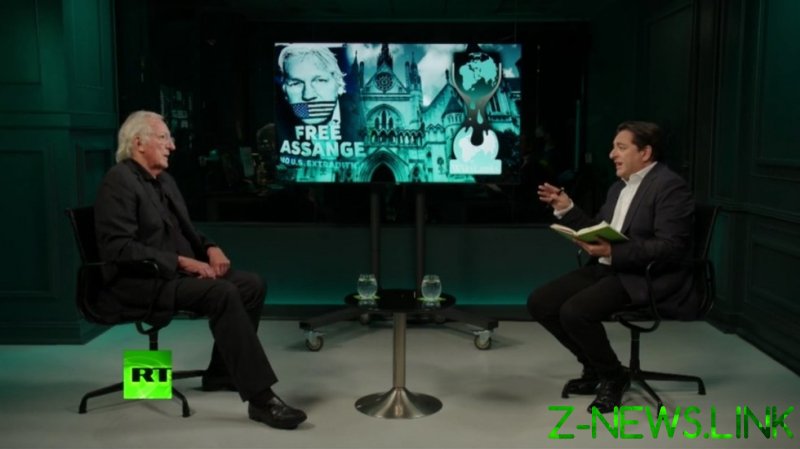 The main part of the extradition trial of Julian Assange came to a conclusion this week, and a decision is now expected to be announced in early January. Pilger, a long-time supporter of the WikiLeaks founder, closely monitored the proceedings, which were barely covered in the Western media despite the serious repercussions for journalism that a ruling to extradite Assange would entail.

Assange’s demise came because he provided “too much truth” and exposed Western hypocrisy, Pilger believes.

He made those who committed those war crimes, he forced them to look in the mirror… That’s his unforgivable crime.

The West’s self-perception is that it generally doesn’t do awful things, and that its politicians are mostly truthful and are held in check by an independent media. WikiLeaks showed all these things not to be true, Pilger said.

As a result, Assange was blatantly mistreated by the British justice system, both during his September trial at London’s Old Bailey and before that. He received an unprecedentedly harsh sentence for skipping bail, was locked up in a maximum-security prison with terrorists and violent criminals, was prevented from communicating with his defense team in a reasonable way, and faced numerous other injustices.

Should Assange be extradited to the US and tried for things that are no different from what many other investigative journalists did for decades, it would set a dangerous precedent, Pilger warned. It would send a signal that the US can get to anyone in any country who dares to publish anything that is not to Washington’s liking.

Despite the stakes, the Western mainstream media has turned a blind eye to the trial, including those who were happy to do reporting based on WikiLeaks disclosures.

You can watch the entire interview here: