As Texans struggle to get food & water, record-breaking freeze is so cold it’s confusing weather satellites 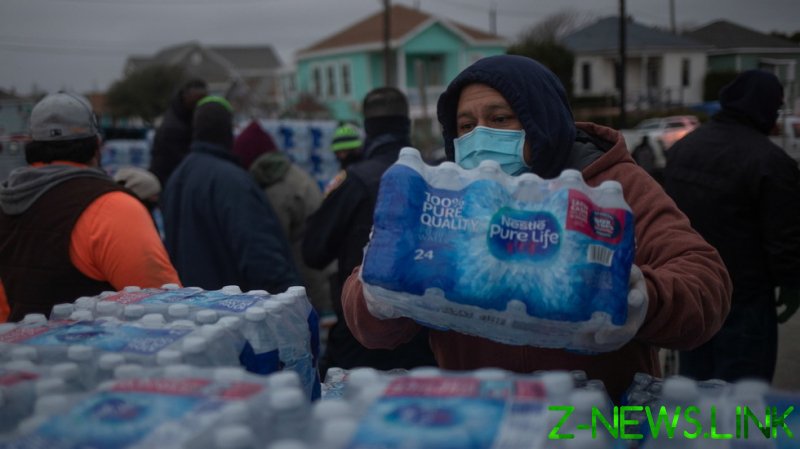 At least 25 deaths have been attributed to the recent cold snap which has caused record snowfall in the Lone Star state, leading to frozen or broken water pipes and consequent disruptions to water supplies, as shared by residents on social media.

The demand for 75,000 megawatts on Tuesday was met with up to 55,500 megawatts, constituting a massive failure of the state’s energy infrastructure, leading many officials to engage in finger pointing, among them Texas Governor Greg Abbott, who called for grid operator executives to resign.

Regulators and other authorities responsible for the state’s energy infrastructure are to be hauled before a hearing next Thursday.

Meanwhile, the GOES-East satellite, which uses infrared sensors to measure cloud cover and plot the structure of clouds above the continental US, has been tricked by the sudden cold snap.

The cold was so severe that weather satellites began mistaking the ground for cloud cover, which is typically far colder than the ground level surface temperatures.

The average temperature in Texas this past week was between 16 and 34 degrees Fahrenheit colder than the five-year average for this time of year, causing problems for the satellite’s algorithm, which plotted the ground as cloud cover (in purple and blue).

The cold snap is currently affecting some 30 states, with temperatures 50 degrees Fahrenheit lower than normal.

US President Joe Biden declared a state of emergency in Texas on Sunday, but an additional 14 states across the country now also face the grim prospect of rolling blackouts.