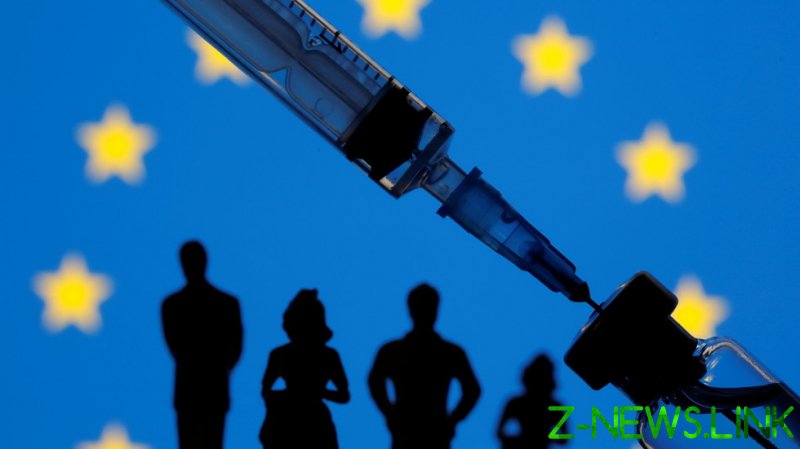 Taking to Twitter on Wednesday, the team behind the vaccine, developed at Moscow’s Gamaleya Institute, said “the EU should focus on getting a diversified portfolio of vaccines. Sputnik V is here to help.”

The centralized regulator, they argued, ought to increase the pace of appraisals for vaccines made elsewhere, including those from Russia and China, “to address supply issues and reduce dependency” on a limited number of suppliers.

At present, Brussels has prioritized deals with three pharmaceutical companies – the US-based giants Pfizer and Moderna, and the UK’s AstraZeneca – in a bid to secure vials.

However, in a furious speech on Wednesday, the bloc’s health commissioner, Stella Kyriakides, slammed the Cambridge-based AstraZeneca over delays to its shipments. The firm had agreed to give its “best effort” to deliver on the large volume agreed, but it is still working to meet orders placed earlier by other buyers, namely the UK.

“We reject the logic of first come, first served. That may work at the neighborhood butchers, but not in contracts,” Kyriakides said. She urged the drugs maker to “live up to its contractual, societal, and moral obligations.” In practice, Brussels wants the firm to hand over doses produced at manufacturing sites in Britain, rather than just those being made on the continent.

However, the intervention was widely mocked on social media, with a number of commentators appealing to an old stereotype that Europeans aren’t fond of waiting in line.

Earlier this month, the EU announced that its central health regulator would consider approving the Sputnik V jab for use in the bloc. The Russian Direct Investment Fund, which financed the vaccine, said it has “filed for Sputnik V’s registration in the EU and expect it to be reviewed in February. Based on these reviews, the EMA [European Medicines Agency] will decide on authorization of Sputnik V for the EU.”

Also in January, Hungary announced it would become the first EU member state to approve the formula. Inoculations are set to begin once Brussels’ regulator gives the final green light.