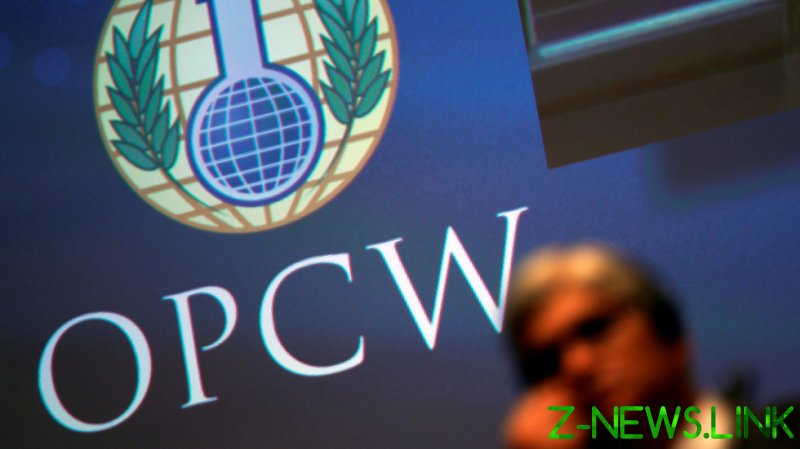 The vote to penalize Syria took place on Wednesday at the conference of the states that are parties to the Organization for the Prohibition of Chemical Weapons (OPCW) in The Hague. Syria was punished for allegedly violating the Chemical Weapons Convention (CWC), of which the OCPW is the guardian, based on reports by the special Investigation and Identification Team (IIT).

The penalties were imposed at the proposal of France and backed by Western nations who helped pass it overwhelmingly by 87 to 15, with 34 abstentions out of 136 countries taking part.

The mechanism was created last year and was authorized to name perpetrators of chemical weapons attacks. It has on several occasions accused Syria of CWC infractions. Damascus sees the IIT as a “propaganda tool” used by countries seeking to topple its government, and says its reports cannot be considered scientific, as a Syrian representative said at the conference prior to the vote.

The concern is shared by some other countries, including Russia and China. The Chinese representative reminded on Wednesday that the IIT has remarkably less rigorous standards for collecting evidence than the OPCW-UN Joint Investigative Mechanism (JIM) did. The JIM was tasked with investigating incidents of alleged use of chemical weapons in Syria before the ITT.

“The IIT, instead of conducting on-site investigations, gave credence to samples provided by the so-called ‘non-government organizations,’ heeded the opinions of the so-called ‘external experts’ and interviewed the so-called ‘witnesses in third countries’,” Ambassador Jian Tan said, stressing that the work of the IIT went beyond the mandate under the CWC and couldn’t guarantee impartiality of the results.

Skepticism about the IIT and the OPCW in general has been growing among member states since 2019, when the organization was accused of covering up evidence discovered by its own inspectors after an incident in the Damascus suburb of Douma, which happened in April 2018. The US, the UK and France swiftly responded to the highly-publicized incident with retaliatory missile attacks against Syria.

The watchdog’s final report in 2019 all but accused Damascus of dropping chlorine gas canisters on the area as part of its effort to capture it from jihadist forces. But several whistleblowers came up after the report’s release with documents and testimonies indicating a different scenario.

They said the evidence collected by a JIM mission on the ground pointed to possible staging of the scene to blame the Syrian army. The OPCW allegedly suppressed the contradictory evidence and brought in external experts, who helped it arrive at the conclusions favorable to the three countries, which launched the strikes at Syria.

The OPCW leadership responded to the allegations by painting the whistleblowers as rogue elements disgruntled at the organization and ignoring calls for a rigorous scientific examination of how the final report on Douma was penned. Western governments and media treat their testimonies as a conspiracy theory peddled by Russia.

However this attempt to brush aside the dissenting voices seems to be hurting OPCW’s credibility. Earlier this month, members of the UN Security Council held an informal meeting to discuss the issue, and during the events India for the first time openly criticized the watchdog’s recent Syria reporting issued under the IIT mechanism.

As an OPCW state party, India expects the organization to conduct “impartial, credible and objective investigation into any use of chemical weapons,” in line with the convention principles, Indian envoy K. Nagaraj Naidu said. “The current report falls short of these expectations”.

The report in question details three alleged chemical weapons attacks in the town of Ltamenah in March 2017, which the IIT attributed to the Syrian Air Force. It updates an earlier version explaining OPCW’s findings, which was released last year and which New Delhi didn’t publicly comment on.

India was among the countries that voted against the creation of the IIT, citing its concerns over ‘mandate creep’. It abstained in July 2020, when the OPCW Executive Council voted to condemn Syria for IIT-reported use of chemical weapons.

Syria joined the OPCW in 2013 and declared massive stockpiles of chemical weapons, which were subsequently destroyed. The move was taken after Washington said it was considering military action against Syria after an alleged chemical weapons attack. The OPCW received the 2013 Nobel Peace Prize for bringing Syria into the CWC fold.