Home / WORLD / As a doctor, here’s my opinion on Nicki Minaj, swollen testicles and vaccine hesitancy – she’s not talking boll**ks

As a doctor, here’s my opinion on Nicki Minaj, swollen testicles and vaccine hesitancy – she’s not talking boll**ks 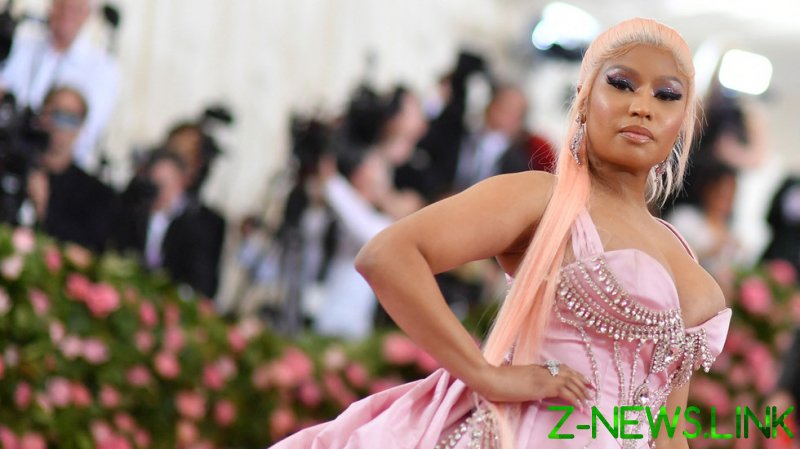 Minaj didn’t attend this year’s Met Gala because of the red-carpet event’s Covid-19 vaccine requirement but, even though she missed the big ball, she still made international news… when she tweeted about her cousin’s friend’s swollen testicles.

“My cousin in Trinidad,” she explained, “won’t get the vaccine cuz his friend got it & became impotent. His testicles became swollen. His friend was weeks away from getting married, now the girl called off the wedding. So just pray on it & make sure you’re comfortable with ur decision, not bullied.”

A wave of heated criticism immediately followed, quickly growing into a testy exchange between the Super Bass artist and British provocateur Piers Morgan, who accused Minaj of “peddling lies” after England’s top medical adviser Chris Whitty insisted the rap star ought to be “ashamed” and that her sordid secondhand tale was a “myth” and “clearly ridiculous.” Anthony Fauci, Whitty’s American counterpart, echoed from across the pond, saying, “There’s no evidence that it happens, nor is there any mechanistic reason to imagine that it would happen.” The health minister of Nicki’s native Trinidad weighed in as well, insisting that she had made a “false claim.”

(Interestingly, an uncommon but dramatic presentation of scrotal swelling can also be caused by a parasitic infection of the lymph system, resulting in a disease called filarial elephantiasis. One of its treatments? The “horse dewormer” of recent infamy, ivermectin.)

Before you, like thousands of would-be diagnosticians trained at Google University, dismiss her story as inflammatory boll**ks, let’s take a moment to examine her claim, and the advice that follows, objectively.

The Covid vaccines, and in particular those produced by Johnson & Johnson and AstraZeneca, have become infamous for their rare, but potentially fatal, thrombotic side effects, so much so that the J&J jab was put on hold by the FDA and other nations earlier this year. Disparaging nicknames like “clot shot” or “stroke poke” are over dramatic, certainly, but they weren’t coined in a vacuum.

Keeping in mind that particular vaccine complication, let’s now consider that spontaneous clotting of the venous plexus draining the testes is a rare, but known, medical entity, and can present as a swollen, tender testicle.

Would a presentation exactly like Minaj described be a common occurrence? No, certainly not. Is it possible? According to easily accessible data and case reports, the answer must be yes, which naturally obliges us to ask: why would Whitty, Fauci, and other “experts” declare so unequivocally that she must be lying? Why could they fail to imagine a clinical scenario that any layman with an internet connection and a search engine can easily uncover in minutes?

What’s more, the poor ex-groom of Nicki’s story wouldn’t be the only fellow lamenting those same sad vaccine complications. Current data from the UK’s Yellow Card system show that dozens of men have complained about erectile dysfunction, impotence, scrotal pain and swelling after receiving their vaccination pricks. While this self-reporting only confirms suspicion, not causation, it clearly demonstrates that Nicki Minaj is innocent of the dishonesty of which Professor Whitty, who apparently is unaware of his own government’s reporting scheme, and others have accused her.

Ironically, this avalanche of high-level denunciation is precisely what the platinum recording artist warned against at the end of her tweet, pleading to be allowed to be “comfortable with [her] decision, not bullied.” Judging by her tweets, Minaj isn’t ‘anti-vax,’ neither in general nor particularly to the Covid vaccines. She simply has reservations, and why wouldn’t she?

We’ve been assured, without caveat, that these vaccines are completely safe.

That isn’t true. Complications do exist, albeit affecting small numbers, and healthy people have died from getting the vaccines.

We’ve been assured, in no uncertain terms, that these vaccines are 100% effective.

That’s becoming less and less evident every day, and now pharmaceutical companies are begging the FDA for approval of their booster shots.

Nicki Minaj has become the de-facto spokeswoman for millions of people around the world who simply want more information about these novel medical interventions. Far from being uninformed, anti-science, brainwashed, or whatever other aspersions are cast their way by, yes, bullies, these people understand the data, but aren’t yet satisfied. The artist has a platform reaching millions of people and a financial safety net woven from more Billboard 100 hits than any woman in history; most who share her cautious view on Covid vaccination don’t have those assets (although she did suggest her position is more common among her celebrity peers than is widely known). Her stance has inspired fans to action, protesting vaccine mandates at the CDC, alarmed by the prospect of either being pressured into accepting a medical intervention with which they’re uncomfortable or facing the threat of being sacked from their jobs.

These vaccines, while enormously beneficial in the vast majority of instances in safely imparting symptomatic relief to those who’ve chosen to get them, simply aren’t good enough, safe enough, or effective enough to justify a “jab or job” mandate.

Patient autonomy is a foundational principle of Western medicine. Physicians and health professionals have always respected patients’ decisions in their own care, even when those decisions are objectively, demonstratively harmful. Why have we decided to stop that now?

In encouraging her fans to make the informed, prayerful individual choice that they feel is best for themselves, Nicki Minaj has proven to be a more reasonable voice than medical authorities like Chris Whitty and Anthony Fauci, who don’t seem to want the citizens of their countries to have a choice at all.