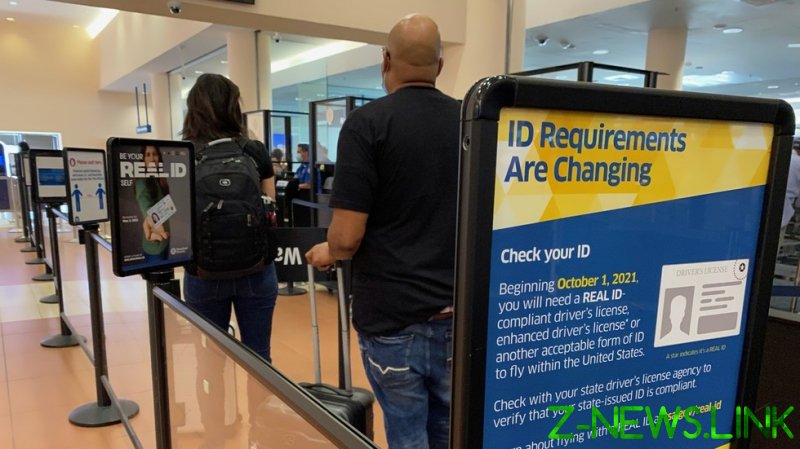 Citizens and US permanent residents seeking to fly need to show a federally issued ‘real ID’ with a matching photo at airports, but people who are in the country illegally are allowed to use their arrest warrants as an alternative, according to the Transportation Security Administration (TSA).

The agency confirmed media reports to that effect on Friday, in a letter to Congressman Lance Gooden (R-Texas), saying that the “Warrant for Arrest of Alien” and a “Warrant of Removal/Deportation” issued by the Department of Homeland Security (DHS) are considered acceptable forms of alternate identification for non-citizens, who then have to go through additional screening.

“TSA is committed to ensuring that all travelers, regardless of immigration status, are pre-screened before they arrive to the airport, have their pre-screening status and identification verified at security checkpoints, and receive appropriate screening based on risk before entering the sterile area of the airport,” TSA Administrator David Pekoske wrote.

Pekoske added that the alien identification number found on the DHS document is checked against the US Customs and Border Protection (CBP) One mobile app, TSA’s National Transportation Vetting Center (NTVC) database, or both.

“TSA’s response confirms the Biden administration is knowingly putting our national security at risk,” Gooden told the Daily Caller. “Unknown and unvetted immigrants shouldn’t even be in the country, much less flying without proper identification.”

Gooden sent the inquiry to the TSA on December 15, after he received word from a Border Patrol officer that the DHS often has to “take migrants at their word that they are who they say they are” when issuing them documents the agency now says it accepts as valid ID.