Home / Video news / Around the concert of the Russian rapper in Ukraine broke the scandal. Video

Around the concert of the Russian rapper in Ukraine broke the scandal. Video 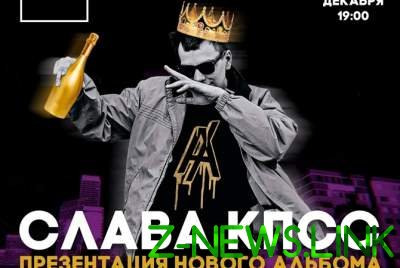 The rapper recalled the words about Ukrainians as a non-existent nation.

Club Atlas announced the concert of rapper glory to the CPSU (Purulent) in Kiev. The winner of this battle from Oxxxymiron will perform in the capital for the New year – 27 Dec.

On the club page in Facebook said that the rapper is going to launch his album with Samiam. The organizers are advised to buy tickets at a special price – 230 UAH. The most expensive tickets – 500 UAH.

In the comments under the entry already there were angry comments – organizer reminded that Purulent acted in Crimea, and the battle with Ernesto Shut up I read that “your friends don’t exist as don’t exist Ukrainians as a nation”.

While Purulent immediately noted that it was a joke about Ukraine.