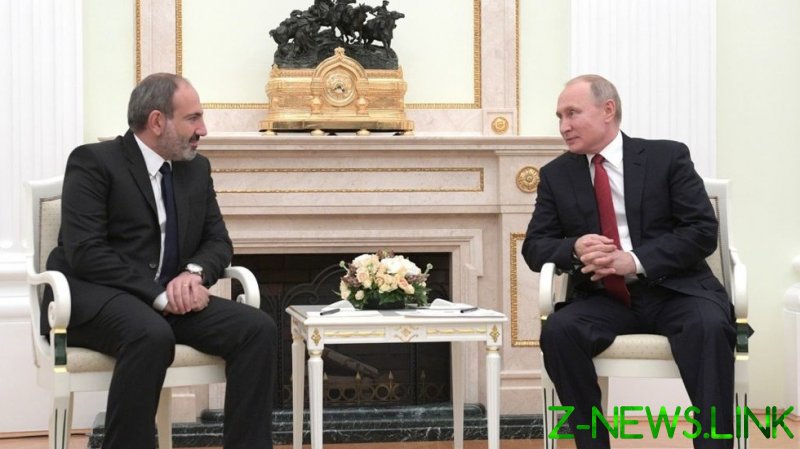 Prime Minister Nikol Pashinyan of Armenia called up Russian President Vladimir Putin on Friday to discuss what Yerevan says is an alarming situation in Nagorno-Karabakh, a region populated with ethnic Armenians, claimed by Azerbaijan and currently patrolled by Russian peacekeepers.

Armenian media said the two leaders discussed reports of renewed tensions in the area that was contested during the 44-day conflict in 2020, which only ended after Moscow’s mediation. Armenia says Azeri soldiers have “invaded” the territory starting on Thursday, seizing two villages and using drones to kill at least three soldiers of the self-proclaimed Nagorno-Karabakh Republic (NKR), whom the local authorities identified by name. 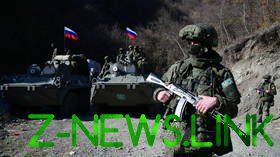 Armenia accused Azerbaijan of seizing two villages, Khramort and Parukh – which the Azeris call Farukh – located on the armistice line between Azerbaijan and the NKR established in 2020. The ensuing firefight, which involved Turkish-made Bayraktar TB-2 combat drones, resulted in more than a dozen wounded and three killed on the Armenian side, as well as unspecified Azeri casualties, the Armenian media reported.

Azerbaijan has denied the accusations, saying its troops were simply “continuing the process of clarifying their locations and positions without the use of force.”

Claims that “UAVs were allegedly used and an armed clash took place on the territory of Azerbaijan where Russian peacekeepers are temporarily stationed, leading to the death of our servicemen, is a lie and a provocation,” said the defense ministry in Baku.

While internationally recognized as Azerbaijan’s territory, Nagorno-Karabakh has been under the control of its ethnic Armenian majority since the 1990s, with Yerevan’s backing. Baku moved to retake the territory in September 2020, with support from Turkey. Moscow eventually brokered a ceasefire that left Azerbaijan in control of more than half the region, with the remaining territory – including the only land route to Armenia – patrolled by Russian peacekeepers.