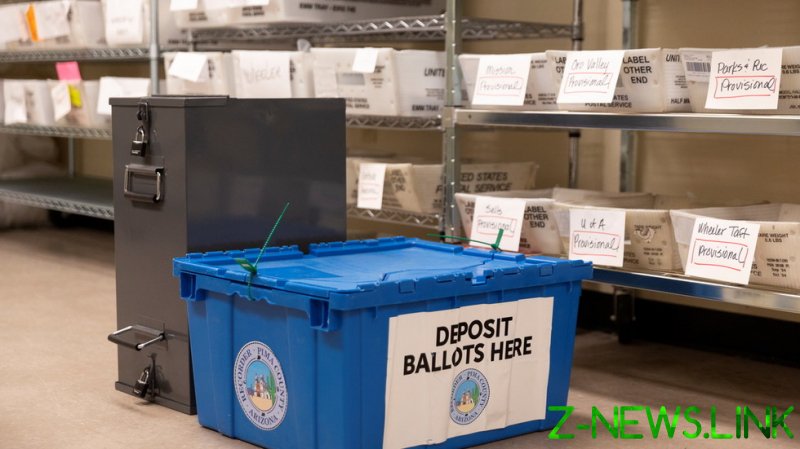 “@realDonaldTrump has made it abundantly clear he’s more interested in pandering to his neo-nazi base than being @POTUS for all Americans,” Hobbs, a former Democrat senator, tweeted in 2017.

Other tweets from the same time period blast Trump as “being on the side of freaking Nazis.”

Hobb’s tweets followed Donald Trump’s highly-criticized remarks after a rally in Charlottesville, Virginia in August of 2017 where white supremacists were present. Multiple counter-protesters were injured and one was killed when a car was driven into a crowd.

Trump was accused by critics of failing to condemn white supremacy afterwards when he “condemned hatred, bigotry, and violence on many sides.” He also referred to “very fine people on both sides,” which critics used to say he was equating white supremacists to the counter-protesters. However, Trump’s full remarks did include a condemnation of “neo-Nazis and white supremacists.”

Arizona is one of many states where Joe Biden is currently leading the president, but Trump is contesting results and alleging voter fraud. The resurfaced tweets from Hobbs, who would certify the results in the state, have only fueled concern with Trump supporters on social media.

“Katie Hobbs must recuse herself from the recount and allow @dougducey to choose an independent body [to] do an audit of the vote in Arizona. The public must trust the outcome of the election and they won’t if they know someone who thinks Trump’s base = Nazis is in charge,” director and pundit Robby Starbuck tweeted on Thursday.

Others have also called for Hobbs to recuse herself from the counting process.

“This woman is calling every Trump voter a ‘Nazi.’ As Arizona’s Secretary of State, she will be in charge of any recount. Should she not recuse herself after vocally dismissing half the electorate in her state?” conservative actor James Woods tweeted.

Hobbs has made clear in recent days that she believes accusations of voter fraud in the presidential election are “baseless” and called them “conspiracy theories.”