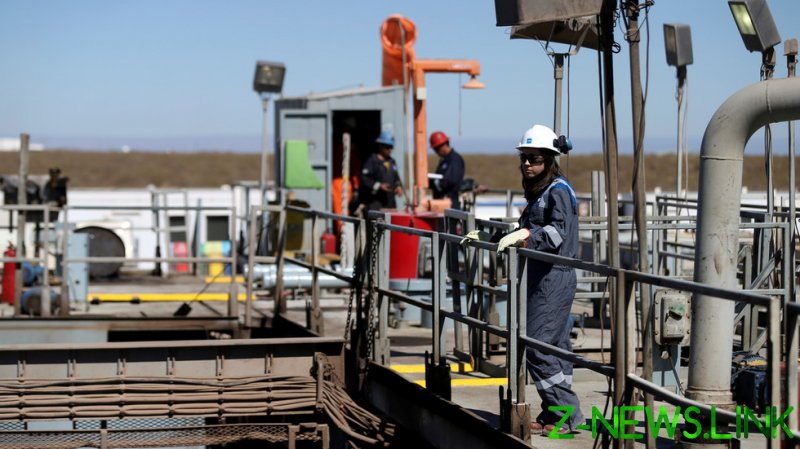 The Rio Negro, Neuquen and La Pampa Private Oil and Gas Union – which has 24,000 members, many of whom are employed at the Vaca Muerta shale oil formation – insisted that it would only wait until the end of next week for permission from the government in Buenos Aires.

“If there are no answers to our request [by Friday, June 11], we are going to withdraw from our jobs to protect the health of all our colleagues,” Guillermo Pereyra, the union’s leader, warned in a statement on Wednesday, adding “we have raised this situation with the health authorities and so far we have not achieved anything.”

The vaccines purchased by the government are currently being given to senior citizens and priority workers. So far, 12.8 million doses, including Russia’s Sputnik V, have been administered in Argentina, which has a population of 45 million. Pereyra, however, said the union would rather buy its own immunizations.

“We don’t want to get vaccinations from anyone or to be assigned items that are intended for the elderly, educators, health personnel or people at risk. We are willing to pay for them,” he continued.

According to earlier reports, the union was considering purchasing 50,000 doses of the AstraZeneca vaccine from Israel, which remained unused as the country largely relied on Pfizer’s inoculation.

Covid-19 cases have surged in Argentina as it sees a second wave of the pandemic, with the country reporting a record daily death toll of 745 people in mid-May. So far, it has seen 3.82 million infections and 78,733 coronavirus-related deaths nationwide since the outbreak kicked off in late 2019.

Argentinian port workers earlier went on strike over lack of access to vaccines and only returned to the job a week ago after making sure that the government included them in the priority group. Healthcare workers have also joined strikes in recent months, with some blocking roads to the Vaca Muerta shale site in April while demanding an immediate pay increase amid the health crisis.