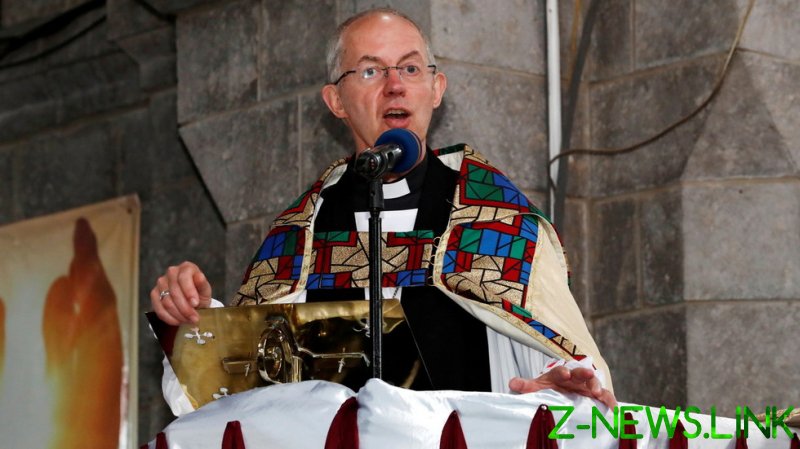 “I unequivocally apologise for the words I used,” Justin Welby wrote on Twitter. “It’s never right to make comparisons with the atrocities brought by the Nazis, and I’m sorry for the offence caused to Jews by these words,” said the Church of England’s most senior bishop, whose father was born Jewish.

The Archbishop made the controversial remarks in an interview with the BBC on the sidelines of the UN’s COP26 climate summit in Glasgow on Monday. He apparently realised he had gone too far in pushing for a climate change deal, as he sought to make amends before the broadcaster could even air the clip.

The timely move worked and allowed the Archbishop to soften the backlash on social media. Even the editor of the Jewish Chronicle paper, Stephen Pollard, who had claimed that the Archbishop’s comments were “so sickening that I simply cannot comprehend how Welby can remain as a priest,” eventually wrote that it was “a proper apology, not mealy mouthed.”

Other commenters pointed out that, while the cleric’s choice of words may have been inappropriate, his desire to tackle climate change deserved praise.

During his initial conversation with the BBC, Welby insisted that current world leaders will end up being “cursed” if they fail to work out a plan to deal quickly with global warming. Future generations are going to speak of them “in far stronger terms than we speak today of the politicians of the ‘30s, of the politicians who ignored what was happening in Nazi Germany,” he added.

If left unchecked, climate change “will kill people all around the world for generations” and “allow a genocide on an infinitely greater scale” because humanity will by then have no means left to cope with it, the Archbishop warned.

“I’m not sure there’s grades of genocide, but there’s width of genocide,” he added, pointing out that it was going to be an “indirect” genocide caused by “negligence, recklessness.”

It’s not the first time that apologies have been delivered during the climate summit in Scotland’s largest city. Also on Monday, the UK’s ambassador to Israel expressed his regrets to Israeli Energy Minister, Karine Elharrar, who is a wheelchair user. The minister, who suffers from muscular dystrophy, couldn’t attend a COP26 session because the British organizers failed to provide her with proper transportation.