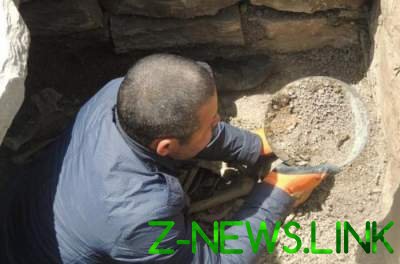 The car was made in the bronze age for the children of the ruler or official.

A group of Turkish archaeologists during excavations in the South-East of the country in the ancient city Sogmatar found a toy car age five thousand years. This writes the Agency Anadolu.

According to the report, the machine was found in one of the tombs of the necropolis, located in the city centre. In total there are about 120 graves, of which scientists have examined 45.

See also:  Wladimir Klitschko maybe in a few years to return to Boxing

According to the head of the excavation Sally Uludag, a toy made in the bronze age for the children of the then Governor or some official.
“It shows us not only the level of development of art, but also features children’s games 5000 years ago,” she said.

Besides the car, the archaeologists found the rattles and other toys Dating back thousands of years.