APU units in Donbas did not commit forward – JCCC 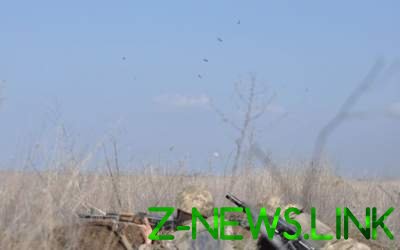 The Ukrainian side of the common center for control and coordination (JCCC) reported that the APU units are not carried forward.

Unit APU in the area ATO can improve its position on the boundary line of the parties within the Minsk agreements.

It is also noted that ORDO and the astronomical clock do not stop the use of informational provocations to discredit the Ukrainian armed forces units and forces ATO.

“Against Ukraine by the Russian Federation, ORDO and ORLO is an information war aimed at discrediting the Ukrainian armed forces, anti-terrorist operation forces in the eyes of the world community”, – stated in the message.

At SCCC I believe that such statements ORDO and ORLO and the media – this is an informational provocation, which they “timed” to the visit of the first Deputy of the Special monitoring mission of the OSCE Alexander hug in the Donetsk and Luhansk region with the aim of destabilizing the situation among the civilian population in the region.