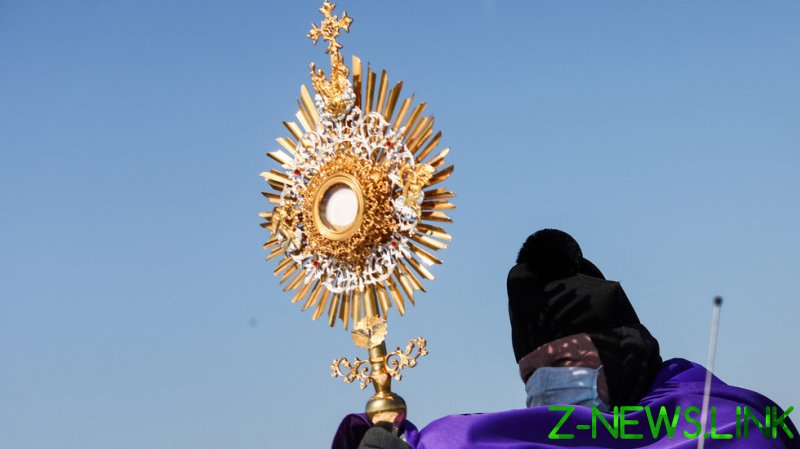 The results of the CBOS poll published by Polish media earlier this week showed that 47 percent had a negative view of the activities of the Catholic Church in the country, compared to just 41 percent who viewed the Church’s activities favorably. The survey was conducted between November 30 and December 10, and included 1,010 people.

This is the lowest approval rating the Church has had since 1993. Investigative website OKO.press reported that people were dismayed by its “excessive” role in social and political life that year – a strict anti-abortion law took effect that January and Warsaw signed a treaty with the Vatican several months later. The situation now seems to have repeated itself, as many Poles are angered by new restrictions on abortion and dismayed that the clergy have been embroiled in sex abuse scandals.

The Catholic Church traditionally plays an important role in Poland, especially compared to fellow EU nations. The bishops and the Catholic media are considered one of the bedrocks of the support of the ruling conservative Law and Justice (PiS) party.

However, the Church’s approval rating has been steadily declining in recent years. Its positive perception dropped below 50 percent in May 2019, which coincided with the premiere of a documentary about the sexual abuse of young boys by the Polish clergy. The film caused an uproar, receiving more than 20 million views on YouTube in just eight days.

The scandal was followed by the resignation of Edward Janiak, a bishop at the Roman Catholic Diocese of Kalisz, who was accused of shielding the priests that were implicated in abusing children.

The Church’s reputation took another dent in October, when the country’s highest court removed severe fetus deformities from the already short list of reasons for which a woman is legally permitted to seek an abortion. The ruling immediately sparked widespread protests across the country.

Some senior priests have spoken dismissively about the women at the frontline of the protest rallies. Marek Jedraszewski, the influential Archbishop of Krakow, gave a sermon this week, blasting the “Julki” – a slur used for a young female left-wing activists – who wanted to become “an encore to the man.” The archbishop said women attending rallies should pay attention to how they dress and speak, and ask themselves “by what right do they deviate from the model of femininity, the highest example of which was given to us by the Holy Mother.”

The fierce protests ultimately forced the government to miss the deadline for the certification of the court ruling, which has indefinitely delayed the implementation of the new abortion restrictions.