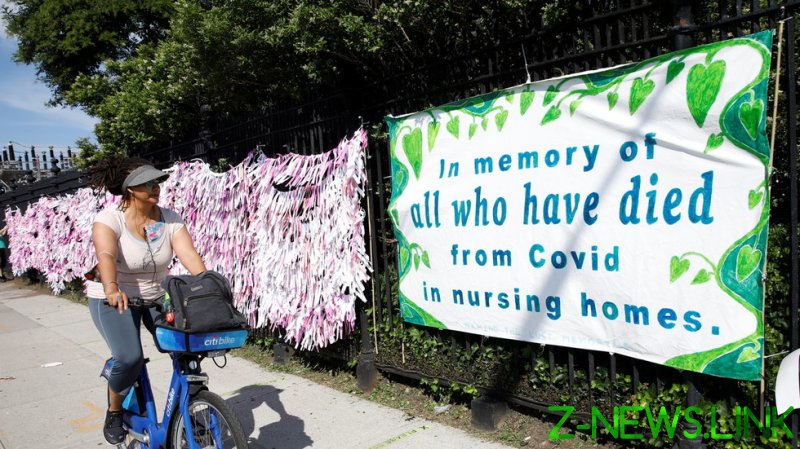 “The public deserves a clear, honest picture of what’s happening. And that’s whether it’s good or bad, they need to know the truth. And that’s how we restore confidence,” Hochul said in an interview with RPN published Wednesday. In a thinly-veiled swipe at her predecessor, former Governor Andrew Cuomo, she said that her decision to bring the state’s official Covid-19 death toll in accordance with the Centers for Disease Control (CDC) data was “about being more transparent.”

The updated death toll stands at nearly 55,400, which is roughly 12,000 more than in Cuomo’s last report issued on Monday.

Hochul explained that the new figure accounts for both presumed and confirmed deaths from Covid-19. Cuomo’s toll included only deaths of people who tested positive for the virus and excluded patients who died in prisons, state-run facilities for the disabled, hospices and at home.

The updated toll has sparked a new wave of indignation at the ex-governor’s alleged whitewashing practices from across the aisle.

“Absolutely devastating, and appalling that, in addition to the concealing of nursing home deaths that we already knew about, former Governor Cuomo and his administration vastly misrepresented the total number of people who died from COVID-19 in New York,” Democratic New York State Senator Julia Salazar tweeted.

Another Democratic politician, New York City’s Public Advocate Jumaane Williams said he was “glad” that the true numbers were finally being acknowledged by the state, while noting that attempts by Cuomo’s detractractors to point that out while he was still in power “were ignored or dismissed.”

“Those lives were important with names, faces and families,” he said.

Responding to the revelation, Donald Trump Jr. called for criminal charges to be brought against Cuomo.

Cuomo, who stepped down last month after a report by New York’s attorney general found that he sexually harassed over a dozen women, is accused of downplaying the number of deaths from the virus in a bid to cover up his mismanagement of the pandemic.

At the center of these allegations is Cuomo’s controversial directive that prohibited nursing homes from refusing people who tested positive for the coronavirus, issued in the early days of the pandemic. Critics argued that the policy, which was eventually rescinced, contributed to the death toll among nursing home residents. A subsequent report by the New York attorney general in January found that the state may have undercounted the number of long-term care home deaths by as much as 50%. However, the nursing home scandal was largerly overshadowed by the sexual harassment probe during Cuomo’s last months in office. Despite Cuomo’s Covid-19 policy failures and the lack of transparency, he was painted a “hero” by the liberal-leaning media for much of the last year for rebuffing former President Donald Trump, even earning an Emmy award for his coronavirus pressers (since rescinded).