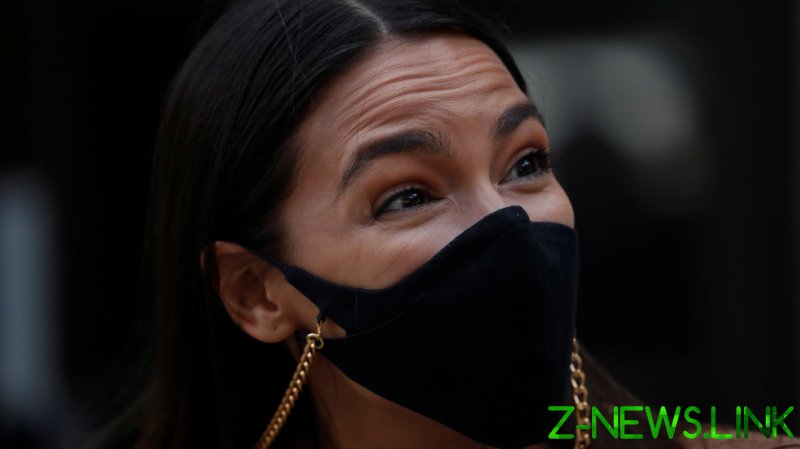 In a lengthy open letter proposition – spread over eight Twitter posts on Saturday – Schmidt attempted to woo the congresswoman into his arms.

“I would like to officially reach out to @AOC on behalf of the @ProjectLincoln in defense of democracy,” Schmidt wrote, noting that despite the fact that they “disagree on many issues,” it “is ok in our view.”

The Lincoln Project founder reassured Ocasio-Cortez that him and his organization’s staffers “don’t look down on waitresses” and “always tip at 50% or more” – a reference to the congresswoman’s previous employment in bars, before urging that the two forces “need to work together.”

“We are one election away from losing this country to Autocrats,” he concluded. “We stand with you against that. We hope you will stand with us also.”

Though Ocasio-Cortez did not respond, dozens of journalists, commenters and activists tore into Schmidt’s open letter, calling it“creepy,”“thirsty,” and “condescending.”

Former Bernie Sanders surrogate Brianna Westbrook commented that Schmidt sounds “desperate to remain relevant as more and more people realize the Lincoln Project was one giant scam,” while conservative commenter Ryan Girdusky wrote, “I always thought the Lincoln Project grift would stop after Trump was no longer President… but reading the responses, it’s clear Democrats will fall for a bullshit artist pretty easily.”

Other Lincoln Project members also tried desperately to bring Ocasio-Cortez on-board, though revealed that the congresswoman has so far ignored their messages.

The Lincoln Project faced heavy backlash following the 2020 presidential election, after it was revealed that the organization did little to persuade voters, despite raking in tens of millions of dollars from Democrats.