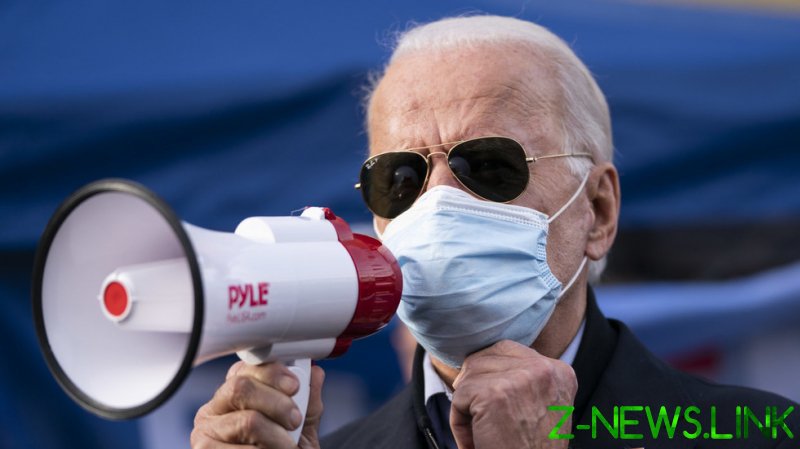 Previously, he’d served as undersecretary of state for public diplomacy and public affairs during the Obama administration, staying in the post longer than any of his predecessors.

An extensive, withering review of Stengel’s professional history by Grayzone Project, published the day after his transition appointment, makes clear why he’s such a good fit for the agency. 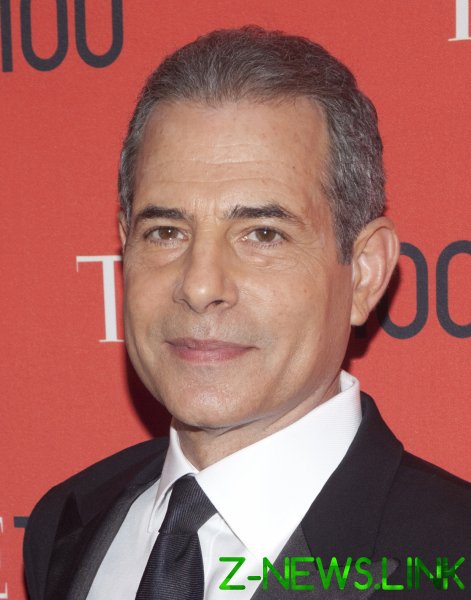 For instance, the outlet noted that during his lengthy public diplomacy and public affairs tenure, he was responsible for creating the Global Engagement Center. While its ostensible raison d’etre is “combating Russian disinformation,” Grayzone suggests the initiative actually amounts to “a massive vehicle for advancing US government propaganda around the world.”

Stengel likewise spearheaded State Department endeavor ‘English for All’, which in his own words was “a government-wide effort to promote the teaching of English around the world.”

After leaving his post, he became a fellow at dubious ‘think tank’ the Atlantic Council, NATO’s intellectual wing-cum-propaganda arm, which is funded to the tune of millions annually by the State Department, US embassies of UAE and Bahrain, Ukrainian oligarch Victor Pinchuk, defense giant Raytheon, the UK Foreign and Commonwealth Office, and other questionable sources.

He concurrently served as an MSNBC analyst, perpetuating Russiagate conspiracy theories such as Donald Trump having a“one-sided bromance” with Vladimir Putin, and Russian Foreign Minister Sergey Lavrov manipulating the then-president.

Over the course of the talk, Stengel advocated a “rethink” of the First Amendment, which guarantees freedom of speech and the press in the US, and laughingly referred to his State Department role as “chief propagandist.”

“I’m not against propaganda. Every country does it, and they have to do it to their own population. And I don’t necessarily think it’s that awful,” he added.

Despite this avowed accommodation, he attacked Russian state-funded media outlet RT for successfully serving as “an antidote to the American English hegemony over the world media system,” and bemoaned how the “cartel” of Western corporate media outlets no longer “have hegemony like they used to.”

In a bitterly ironic twist, as the discussion came to a close, an audience member boldly declared, “What is happening in America is what the US flipped on the Global South and Third World, which we lived with, for many, many years, in terms of a master narrative that was and still is propaganda.”

“You know what, I hate last questions! Don’t you? I never, I usually just want to end something before the last question,” Stengel blustered in response, before abruptly rising to his feet and bringing the panel to a close.

Perhaps unsurprisingly, the shocking video has since been ‘unlisted’ since its original publication, meaning it can’t be found via Google or YouTube, and can only be viewed via direct link.

Stengel’s support for internally targeted propaganda, and unabashed self-characterization as the State Department’s “chief propagandist,” is particularly disquieting given that the 1948 Smith-Mundt Act explicitly banned stations like Voice of America from broadcasting its programming domestically.

The legislation was in-part influenced by fears of US government propaganda agencies unduly influencing public opinion and discourse at home. In the 1970s, as tensions between Washington and Moscow began to thaw, there was even a push to end BBG’s externally directed activities, led by Democratic senator and then-Senate Foreign Relations Committee chair J. William Fulbright. In 1972, he suggested Voice of America, Radio Free Europe, and Radio Liberty “should be given an opportunity to take their rightful place in the graveyard of Cold War relics.”

Fulbright’s entreaties have been ignored ever after, even when the Soviet Union dissolved in December 1991, and there was by definition no more Cold War to fight.

The intervening years saw the creation of a dedicated, secret US government department for domestic propaganda. Founded in 1983, the Office of Public Diplomacy (OPD) sought to influence public opinion and spur Congress to continue funding the Reagan administration’s brutal military campaign against Nicaragua’s progressive Sandinista government, in which tens of thousands died.

The Central Intelligence Agency (CIA) was instrumental in training, funding and arming the Sandinitas’ opponents, the Contras. The agency’s ‘Tayacan’ manual on guerrilla warfare was particularly influential, leading the group to incite mob violence, “neutralize” government officials and civilian leaders, and attack “soft targets” such as schools and hospitals, among other atrocities.

The CIA and its then-director William J. Casey were also central in the OPD’s creation. The office theoretically operated under the control and supervision of the State Department, but subsequent Congressional investigations determined it in fact reported directly to Ronald Reagan’s White House National Security Council aide, Oliver North.

The OPD employed“senior CIA officials with backgrounds in covert operations, as well as military intelligence and psychological operations specialists from the Department of Defense,” and “maintained a private network of individuals and organizations whose activities were coordinated with, and sometimes directed” by North as well as National Security Council (NSC) officials.

“These individuals and organizations raised and spent funds for the purpose of influencing Congressional votes and US domestic news media… This network raised and funneled money to offshore bank accounts in the Cayman Islands or to the secret Lake Resources bank account in Switzerland for disbursement at the direction of Oliver North. Almost all of these activities were hidden from public view,” a 1988 House Foreign Affairs Committee staff report concluded.

The OPD, it was said, had recently helped write and place an anti-Sandinista diatribe in the Wall Street Journal under the byline of a military historian, assisted in a “positive piece” on the Contras that aired on NBC, authored op-eds for the Washington Post and New York Times under Contra leaders’ bylines, arranged an extensive media tour for a Contra leader “through a cut-out” to obscure its role, and was preparing to leak a State Department cable to journalists that would embarrass the Sandinistas.

“I will not attempt in future to keep you posted on all activities since we have too many balls in the air at any one time and the work of our operation is ensured by our office’s keeping a low profile. I merely wanted to give you a flavor of some of the activities that hit our office on any one day,” the author stated.

However, in addition to planted stories and leaks, the OPD manipulated media in-person, via coercion and bullying. An April 1984 memo drafted by office chief Otto Reich documents how he visited the offices of CBS to complain about its Central America coverage.

“Reich spent nearly one hour with CBS News’ diplomatic correspondent privately reviewing [the coverage]… the correspondent took copious notes of Reich’s analysis and objections about the news pieces which he subsequently passed to network executives… This is one example of what the Office of Public Diplomacy has been doing to help improve the quality of information the American people are receiving. It has been repeated dozens of times over the past few months,” the memo states.

The OPD was ruled illegal and shut down when the director of the Government Accountability Office (GAO) found its activities amounted to “prohibited, covert propaganda” which went “beyond the range of acceptable agency public information activities,” and in the process had violated “a restriction on the State Department’s annual appropriations prohibiting the use of federal funds for publicity or propaganda purposes not authorized by Congress.”

The office’s activities were undoubtedly highly relevant to Iran-Contra, a secret scheme concocted by Oliver North in which senior Reagan administration officials facilitated the illegal sale of arms to the Iranian government, in contravention of an international arms embargo, in order to fund the Contras’ war in Nicaragua.

The conspiracy also broke US law, as Congress had prohibited such financial support under the Boland Amendment. Still, many key individuals involved in the OPD were never questioned or interviewed by the various House committees set up to investigate the scandal.

The OPD could be illustrative moving forward, when one considers a 2013 amendment to the Smith-Mundt Act introduced several exceptions to the ban on domestically targeted information operations by US propaganda agencies. Under the revised law, USAGM materials can be made available in the US “upon request.”

It was officially claimed the amendment modernized the ban for the internet age, given much agency content could be found online by US citizens – in theory, USAGM remains unable to create or disseminate materials specifically targeting Americans.

Nonetheless, despite this apparently reinforced injunction, in July 2018 Radio Free Europe/Radio Liberty bought advertisements on Facebook specifically aimed at US citizens, a blatant contravention of the embargo.

Furthermore, the amendment allows Washington to surreptitiously spread USAGM’s propaganda internally, as US media outlets are able to subscribe to the agency’s platforms, then amplify the output stateside.

In 2005, the Bush administration’s aggressive use of ‘prepackaged news’, or ‘video news releases’, was revealed. The Departments of Defense, State and others had produced hundreds of slick video clips indistinguishable from actual news reports, which were subsequently provided to national and local news stations and broadcast without changes, or disclaimers identifying them as government-made advertisements.

In May that year, the GAO issued a damning report, and its appraisal was indistinguishable from its ruling on the ODP. Government departments which had produced and disseminated ‘prepackaged news’ had “violated the federal prohibition on the use of appropriated funds for purposes of publicity or propaganda not authorized by Congress.”

However, penalties, much less action to end the policy, were unforthcoming – the office merely wrote a circular letter to the heads of all federal agencies “to remind them of the prohibition on publicity or propaganda.” As of November 2020, no government department or employee, or news network, has been punished in any way for engaging in the practice.