Home / Anatomy of a rumor: the Kremlin turns on everybody?

Anatomy of a rumor: the Kremlin turns on everybody? 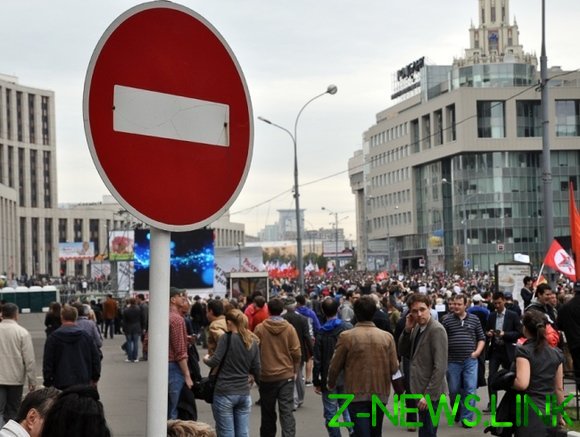 Moscow is negotiating with the U.S. on Iran and Venezuela, and the country crackdown leads to unexpected resignations and sweeps.

It is possible to exchange Iran?

The information appeared that Russia had withdrawn most of its military advisers from Venezuela. When it confirmed plans to hold in late June in Jerusalem the summit of heads of security councils of Israel, the US and Russia. There Nikolai Patrushev and John Bolton in the presence of Israeli colleagues supposedly to discuss the issue of joint pressure on Iran.

Of course, the Russian government all these rumors or not comment, as in the case of preparing the Jerusalem meeting, or deny, as in the case of Venezuela. That, however, does not prevent the Americans to argue that Russian, they say, not only has already moved out of Caracas back to the Motherland, but also to notify Washington.

It should be noted that rumors that the United States has offered the Kremlin a deal in Iran, appeared before the meeting of U.S. Secretary of state Michael Pompeo with Sergey Lavrov and Vladimir Putin in Sochi on may 14. The head of American diplomacy arrived there from Europe visited to prepare the leaders of the EU countries to a sharp tightening of pressure on Iran — up to a possible military conflict.

Israeli sources claim that the Jerusalem summit, we can go on a fairly large scale exchange. The Americans and Israelis allegedly have information that the Iranians began to slowly squeeze the Russians out of Syria, again taking control of Bashar al-Assad. Therefore, Washington with his Israeli allies, ready to help Moscow to keep exclusive control of Assad (and Syria in General). The Americans and Israel are even willing to de facto admit that its current government. In exchange, Syrian territory efforts to clean up from the Iranians and their friendly armed groups, primarily the Shiite “Hezbollah”.

But that’s not all. Russia should refrain from selling Iran anti-aircraft missile systems s-400, the transaction which (although diplomatic sources in Moscow deny it), allegedly was the last time the talks with Tehran. Given the fact that a military conflict with Iran becomes more likely, the Americans did not want their aircraft had to deal with the latest Russian developments. In addition, “in exchange for Syria”, the Kremlin needs to support new sanctions against Iran.

Bodyguards are no longer in fashion

In Russia at the same time, suddenly resigned “for family reasons” left the acting Governor of the Astrakhan region, a former employee of the FSO Sergey Morozov, who is mentioned among the former “guards of Putin.” He will continue his career somewhere in the depths of the Russian special services, and in its place just three months before the election came zampolpreda President Igor Babushkin. Also a former KGB career officer, but no experience personally with the President.

The Kremlin thus faces from a variety of sources, and the mouth of the press Secretary head of state Dmitry Peskov assured that the experiment with the appointment of the governors presidential guards have not failed. Morozov, saying that the rating was under 60%, so he could win once in the first round. Anyway, supposedly all of his successful colleagues “on shop”, which include, for example, Tula Governor Alexey Dyumin, at one time reputed to be even a potential successor of the President.

Morozov’s resignation, however, gave rise to various rumors. For example, that Vladimir Putin is no longer like the idea of doing the former guards of the heads of regions, because all the problems they are trying to solve, asking for money to him personally, or asking for transfers from the Federal budget. The quality of their management decisions ostensibly lower, and corruption is often even higher than the “average gubernatorial level” in the country.

Even talking about the fact that the employees of the presidential administration persuaded the President to go on experiment: to remove Morozova to clear the road to the Governor’s office for opposition leader Oleg Seino from “Fair Russia”. Although this generosity of the authorities believe, of course, difficult.

“Gazprom” it is not necessary Petersburg

Interesting situation in St. Petersburg, where suddenly, even before the resignation of Morozov, there were rumors that the acting Governor Alexander Beglov will be removed from office exactly in the manner in which it happened in Astrakhan. In its place, however, not predicted a little-known enforcer, and immediately the head of “Gazprom” Alexey Miller.

The company’s shares on the rumors abruptly pulled up, which clearly shows how investors ‘ assessment of the current management of the largest Russian state-owned companies.

However, the miracle has not happened yet. Miller neither of which the resignation has not been announced, and Alexander Beglov, who is actively helping to elect almost half the presidential election campaign continues.

The very same story about the Miller started or someone who wanted to annoy the head of “Gazprom”, for example, any investor who wanted to gamble at the races stock. Finally, the third option — it could be the PR of Beglov, who decided in such an extravagant way to stir up the electorate.

At MGIMO, as rumor has it, decided not to renew the contract with the head of Department on public relations of a political scientist Valery Solovyov, known for his brilliant critical comments against the current government (although they rarely actually politological nature).

Of course, immediately there were rumors that it was part of a large campaign in which the Kremlin cleans large universities, which previously served as the showcase of Russian liberalism, itself from the liberals. However, there is another option. Supposedly the Kremlin was offended by how liberal commentators hyped about the fall of the rating of Vladimir Putin. And although in reality it is the authorities themselves their inept actions brought this topic to the top of the news, the extreme, it was decided to recognize the opposition politicians. On which the Kremlin and struck. At least that part to which he was easier to reach.