An eyewitness filmed the flight Boeing 767 with a flaming engine. Video 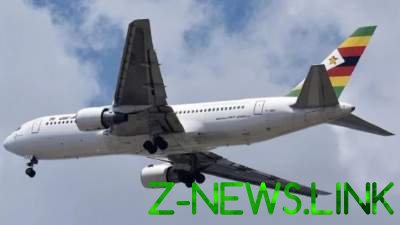 Despite the fire, the pilots managed to successfully land the plane.

The Boeing 767 airline Fiji Airways has made emergency landing at the airport of Johannesburg. The reason for this was the incident with the fire engine of the ship in flight.

Liner headed on the route Johannesburg – Harare. Plane forced back to the departure point is or Tambo international airport. On the runway the plane was met by emergency services.

The time of flight of a Boeing 767 aircraft of the airline Fiji Airways with a burning engine over the airport in Johannesburg (South Africa) managed to shoot one of the witnesses.

For a short 10 second video shows that under the left wing of the plane periodically flashes.

It is noted that the aircraft landed safely at the international airport or Tambo. As a result of incident nobody has suffered. One version of the fire, called the possible getting the bird into the turbine engine.