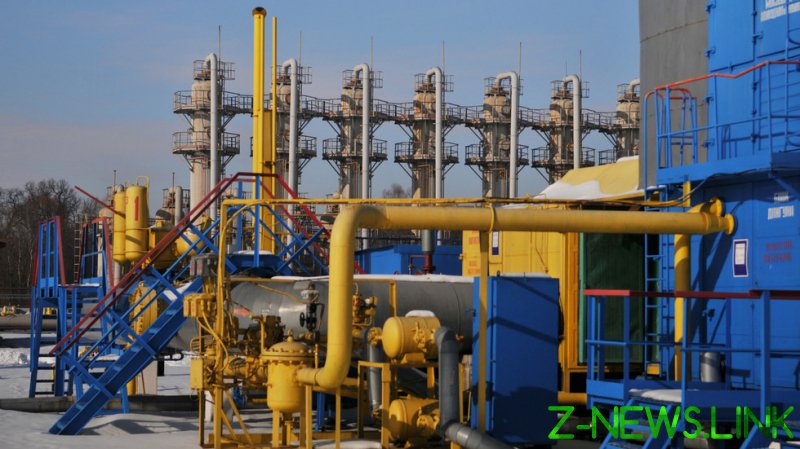 Russia’s own gas reserves have been under pressure this autumn, due to a perfect storm of negative conditions: an abnormally cold winter last year, and a frosty fall, combined with increased demand as the country’s economy recovered from the effects of the Covid-19 pandemic.

“[Pumping more gas to Western Europe] would allow you to fulfill your contract commitments in a secure, stable and regular manner [and] supply our European partners with gas during the autumn and winter periods,” Putin said, during a meeting with the long-time Gazprom CEO Aleksey Miller.

Putin specifically ordered the executive to increase the amount of gas in the company’s storage facilities in Germany and Austria, both EU member states, “on a scheduled basis,” starting on November 8. By that time, Russia’s own gas storage units are expected to be full. According to the president, such actions would help “create a more favorable situation on the European energy market.”

As of mid-October, the EU’s underground gas storage facilities were only 71% full. Fears sparked by the fact that the storage spaces were under-filled have been among the reasons for soaring spot gas prices that, in turn, led to a crisis in the EU gas industry. Earlier in October, gas prices almost breached the threshold of $2,000 per thousand cubic meters. Prices went down after Russia vowed to sell more gas to the rest of Europe.

Although Gazprom has fully met its contractual obligations, some European nations have chosen to put the blame for the crisis on Moscow. This is despite the fact the Nord Stream 2 pipeline, which has recently been completed and could have been used to reduce some of the gas shortages, is still stuck in limbo awaiting certification, following years of pressure coming from the US and some of its allies in Europe to thwart it.

On Tuesday, the German Ministry of Economics said it had completed an analysis of gas-supply security if the pipeline is eventually approved. “Issuing a certification does not endanger the security of the gas supply of the Federal Republic of Germany and the European Union,” it said in a statement to Germany’s energy regulator, which has been handed the study’s results.

“The analysis of the security of supply by the Federal Ministry of Economics was preceded by consultations with EU neighboring countries,” the statement said.

Berlin will now continue the certification process of the Nord Stream 2.