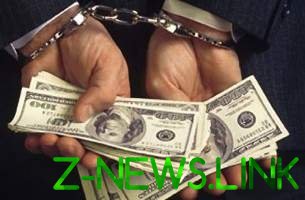 The man worked on a cruise ship.

Employee of the gift shop of a cruise ship “Disney wonder” Renan Diaz So Rock Gomez stole $ 275 000. $35 000 he spent to take the family to the amusement Park “Disneyland”.

As follows from the court documents, a family trip to Disneyland in Florida from 23 April to 7 may cost him $ 35 000. $ 9000 was spent on housing and the rest on food, entertainment and Souvenirs.

The man started to steal money in 2015, but it was not immediately known. After Gomez stole the first $ 40, “he realized that for him it was nothing”, and gradually the amount increased to $1000.

The money he stole, translating them to a gift card through the payment system of the ship. For this purpose he provided as their data and personal information of colleagues. Once he has registered in the system as an employee, which was not on the ship that day. Probably, this case led to the fact that the company began an internal investigation.

Then, on October 25, the FBI recorded the transfer in the amount of $1000. Gomez was detained October 27, immediately after the liner “Disney” berthed in San Diego. On interrogation he admitted his guilt. The thief faces up to 20 years in prison.