American lived for months with the corpse of own aunt 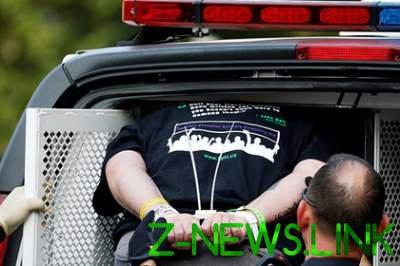 The man continued to live, despite the putrid smell in the house.

According to the detention order, the body of 88-year-old Elizabeth Stewart was found in her room. Lying on the bed the body was covered with a towel.

The guards assume that an American died over a month ago. Trying to hide the stench, Peters has placed on the home fragrances and candles.

See also:  Defendants in the case Baring Vostok has not given any visits from his family for 8 months

A police officer Delon claims that the man entered the apartment about a year ago and continued to live in it, regardless of the deceased relative. “The computer was turned on, everywhere scattered clothes, in the sink lay dirty dishes, near the front door — mail and mobile phone”, — quotes the words of eyewitnesses, the New York Post.

See also: United States gynecologist “helped” patients to get pregnant without them knowing

See also:  The American has invented a new game. Video

Police said the building Manager Vincent Rodriguez, who came to the woman for the money to pay for the apartment. According to the newspaper, Stuart, who suffered from dementia, died of natural causes. None of the relatives of Peters never spoke about the incident.