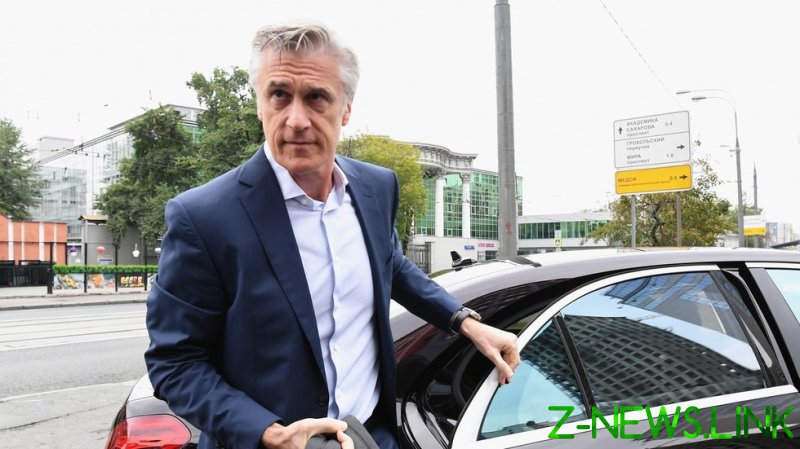 The investor, who founded one of Russia’s largest investment funds, was handed the sentence at a hearing of the Meshchansky Court in Moscow on Friday. Under its terms, he will have to remain in the country and report regularly to the authorities. Failing to comply with the terms could see the businessman put behind bars.

Calvey, who founded Baring Vostok in 1994, was found guilty of the charges by a judge the day before. Speaking on the steps of the courthouse on Thursday evening, the financier argued that the prosecutors had failed to prove he had done anything wrong. “But it’s not over yet. I hope tomorrow the judge will address the real facts – hope dies last,” he added.

Authorities say Calvey and his associates overstated the value of asset as part of a financial transaction, accusing Baring Vostok’s leadership of misappropriating funds worth 2.5 billion rubles ($34.2 million). The executives have all maintained their innocence and insist the claims were brought as part of a dispute with a rival Russian company. According to them, the case was brought in order to prevent Baring Vostok from effectively suing Vostochny Bank in a British court as part of a dispute over hundreds of millions of dollars allegedly disappearing from a jointly-owned business.

The investment fund, one of the country’s largest, says it has put more than $2.5 billion into mid-sized firms and startups, as well as major domestic tech firms like Yandex. Moscow business daily Vedomosti previously described the firm as “a symbol of direct investment in Russia” and Calvey was a regular speaker at the influential St. Petersburg International Economic Forum.

He and his team have sought to portray the trial as a test for confidence in Russian business, and Calvey has argued that a favorable court decision would soothe any anxieties about the country among overseas venture capitalists. It would not be an exaggeration to say that such a positive decision by the court could bring Russia billions of dollars in new investments, adding thousands of jobs,” he said in a statement prior to the verdict being made known.