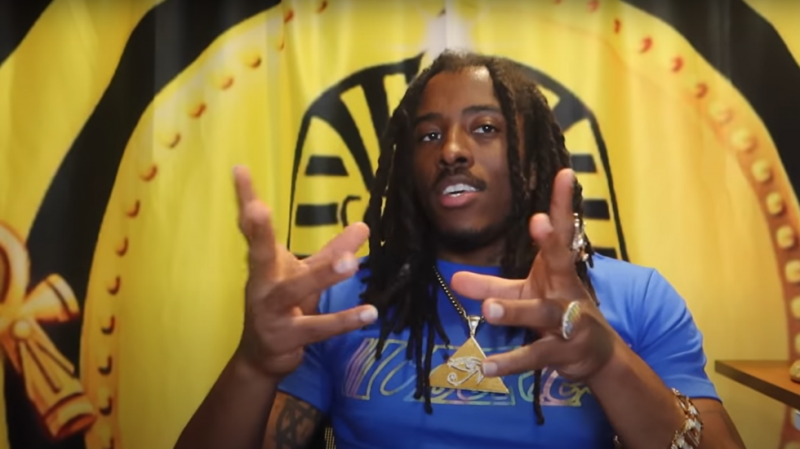 CPAC organizers took to Twitter on Monday to declare that the rapper and lecturer would no longer be welcome at this year’s conference, noting they had “just learned” of controversial comments he’d made in the past. While they did not offer any specifics on what he might have said, Young Pharaoh himself soon weighed in to fill in the blanks.

“This is censorship at its best! All because I said ‘I do not believe in the validity of Judaism and am willing to place $50,000 on myself to debate the top Jewish rabbi.’ Now I’m no longer invited to CPAC,” he said in all-caps, appending the post with the hashtags “#racist” and “#dictatorship.”

Pharaoh was slated for a late Sunday time slot, typically a lull in the yearly CPAC event, though his appearance would have come just an hour before that of former President Donald Trump.

While it is unclear exactly what prompted the decision, CPAC’s announcement followed a story in Media Matters chronicling some of Young Pharaoh’s more hot-button statements, including his description of Judaism a “complete lie,” arguing that “Israeli Jews” are responsible for “censorship and pedophilia on social media” as well as a number of conspiracy-minded claims about Covid-19 and vaccines.

The activist continued to double down even after news of his canceled talk made the rounds, challenging the American Jewish Committee to “send me your best rabbi to debate” after the org accused him of spreading “horrific antisemtic lies.”

Though many netizens found it ironic that an event themed around opposition to cancel culture had canceled one of its speakers, others wondered why the lecturer was invited in the first place, especially given that his comments were not kept secret and aren’t difficult to find on his Twitter handle.

Some users joked that a “hotep-MAGA alliance” would simply be “too powerful” and had to be stopped – referring to a broad Afrocentric movement that often combines black nationalism with new age spiritual views and unorthodox historical claims about Egypt and the ancient Israelites, in line with much of Pharaoh’s commentary. Podcaster and YouTuber Uncle Hotep, meanwhile, accused CPAC of deliberately stirring up a scandal to generate attention for itself.