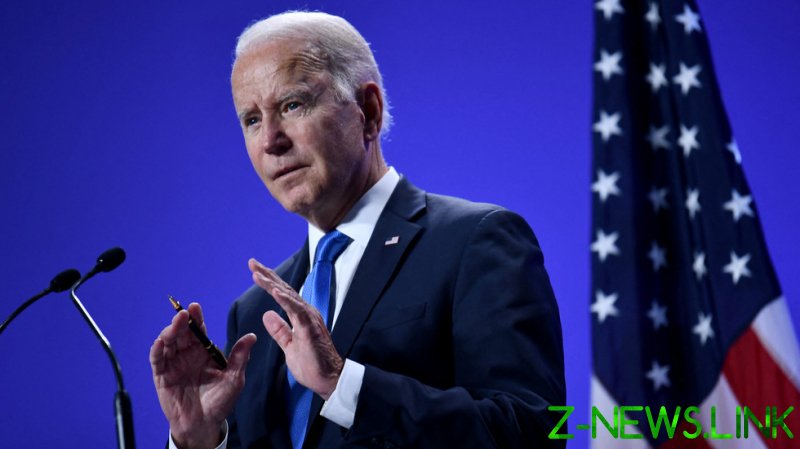 Headlines across America are proclaiming the Tuesday elections as a major setback for President Joe Biden. Even Gayle King of left-leaning CBS called election night “a major victory for Republicans,” and CNN’s Democratic political commentator, Van Jones, declared it a “five-alarm fire” for Democrats. While the election results have focused the attention of the left-leaning media on Democratic weaknesses, the voters were clearly paying attention to issues, too, because even in an “off, off year,” the election had a record turnout.

Left-leaning Virginia casts its vote against the Democrats

Terry McAuliffe, the former Democratic governor of Virginia whose last term ended in January 2018, lost to Republican Glenn Youngkin in a state claimed handily by Biden a year ago. With 99% of the vote in, Youngkin won by a 2% margin.

From July 2016 to July 2017, the popular McAuliffe had served as chair of the National Governors Association, and from 2001-2005 he was chair of the Democratic National Committee. The race is being seen as a significant upset because such strong gubernatorial credentials and campaign experience made him the natural go-to guy to be the next governor of a left-leaning state, running against a tycoon-turned-politician like Youngkin.

McAuliffe’s strategy of turning Youngkin’s Donald-Trump-style credentials against him failed in a mostly blue state, and Trump seized that failure to claim, “The MAGA movement is bigger and stronger than ever before.” Youngkin made the cultural issues that energize MAGA voters the core of his campaign and turned the election map of Virginia into a blood-bath of red as a swath of counties voted Republican, except a handful in the most urban areas of the east coast and a single island of blue in the heart of the state, Albemarle County.

One particularly hot-button issue, which Youngkin repeatedly raised, was giving parents much more say in what is taught in the state’s public schools. Youngkin had often quoted and criticized McAuliffe for proclaiming, “I don’t think parents should be telling schools what they should teach.” In a CNN exit poll, more than half of voters said parents should have more say in what is taught in schools, indicating that core issue for Youngkin drove the voter turnout.

Democrats also appear to have lost their majority in the Virginia House of Delegates with four races not yet officially called.

The battle for New Jersey

The New Jersey governor’s race was a fiercely fought battle that could yet go to a recount, which saw incumbent Democrat Phil Murphy claim a narrow victory over Jack Ciattarelli when he had been expected to win easily. Even this is an upset because some pre-election polls predicted Murphy would win by a double-digit percentage margin.

Murphy’s explanation for the tightness of the outcome is that his people just didn’t show up at the polls, while Ciattarelli’s did.

Murphy’s victory in some ways broke the mold for New Jersey, because the state hasn’t re–elected a Democrat as governor in more than 40 years. While the ‘Garden State’ has trended reliably blue in federal and local contests, it also has a history of voting against whichever party owns the White House in off-year gubernatorial races; and, over the past 50 years, it has voted Republican in the gubernatorial election as often as Democrat, with reluctant Trump-supporter Chris Christie being its last GOP governor. In 2020, Biden, as was expected, easily took the New Jersey presidential race with a double-digit margin. Registered Democrats in the present election outnumbered registered Republicans by more than a million.

Ciattarelli, a businessman-cum-state-legislator, mainly hammered Murphy on how the Democrats’ pandemic response was damaging businesses, so the outcome could be seen as a referendum on Biden’s vaccine mandates, which have been unpopular with many businesses already running with skeleton crews. Ciattarelli insisted throughout the campaign that vaccines should be a matter of personal choice, not a mandate. He also pounded Murphy on taxes, the current major item on Biden’s agenda.

Both Youngkin and Ciattarelli kept Trump at arm’s length on their campaign trails. When asked during an October debate if he’d accept Trump’s support on the campaign trail, Ciattarelli replied, “I’ll go out there and campaign on my own. I’ll win my own election.” That in spite of the fact that Trump keeps a home in New Jersey.

New Jersey and Virginia were the only two states to hold gubernatorial elections in this cycle.

The cities go black and blue or, at least, a touch darker

Democrats were victorious in the heavily blue areas of New York City and Boston, although there was no non-Democrat choice in the latter’s mayoral poll. The Associated Press projected Michelle Wu to win in Boston, which would make her the first Asian-American and first woman to be mayor in this heavily Irish town.

Eric Adams was elected New York’s second black mayor, which came as no surprise in a city that strongly prefers Democratic mayors and in which Democratic voters outnumber Republicans seven to one.

In a city overrun by protests and riots last year, the former police captain, who campaigned on a message of public safety, pledged to reduce crime while addressing its root causes. Adams’ stance on the police department was more moderate than other more-progressive Democrats, some of whom sought to defund the force. Though he has a reputation for standing against police abuse and racial profiling, he has also backed the use of stop-and-frisk.

What may have come as more of a surprise was that New York State rejected three solidly Democratic proposals that would have liberalized voting rights – the ‘Redistricting Changes Amendment’, the ‘Remove 10-Day-Advance Voter Registration Requirement Amendment’, and the ‘Allow for No-Excuse Absentee Voting Amendment’.

In an upset to the hard-left Black Lives Matter movement, voters in Minneapolis, Minnesota, where George Floyd was killed, turned against their leaders’ and the movement’s goal of replacing the police department with a Department of Public Safety. Incumbent Mayor Jacob Frey, however, was re-elected, so that election was less a move against Democrats than a rejection of the overreach in defunding police departments. Frey, who was endorsed by prominent Democrats, including Senator Amy Klobuchar, was criticized by progressives for going too light on the police during the defunding movement.

Buffalo, New York’s second-largest city, had turned hard-left in its primary election, picking Democratic Socialist candidate India Walton over incumbent Mayor Byron Brown; but Brown ran in the general election, regardless, as a write-in candidate and unofficially won when Walton conceded the tight race on Wednesday.

Buffalo is being seen as a fault-line in the Democratic Party’s national divide, which has seen progressive candidates like Alexandria Ocasio-Cortez steer the party toward its socialist extreme. So, if Buffalo is an indicator, the balance of Democratic and Republican voters may be pushing back to move the needle more to the center.

“This race has taken on a life of its own,” the hopeful India Walton had said. “I feel the weight of the nation watching what is happening in Buffalo right now.” Well, the weight pushed the pendulum back. It is one thing for a socialist to win the Democratic position in the primary where it is mostly Democrats choosing a candidate from among Democratic options; it’s quite another to win in the general election where voters of all stripes are deciding your fate.

There were no partisan changes for mayoral elections in the nation’s largest 100 cities, though in six cities, election results were pending at the time of writing this article. Three of the major cities above – NYC, Boston, and Buffalo – were won by people of color.

What this election means for the midterms and 2024

CNN’s Van Jones laid out in stark terms what many commentators are saying it means for Democrats: “This is a big deal. These numbers are bad. These are our voters. These are voters that came to us in 2018, came to us in 2020 and have abandoned us in droves in two states that should be in our column. If this party doesn’t wake up… and figure out how can we run back to regular folks… We’ve got to – both from a legislative point of view and a messaging point of view – start re-signaling with ordinary folks that we get it…. We’re a year out from the Trump election looking back, and you’re a year away from the mid-terms looking forward. You see how much stuff can turn in 12 months. That’s the good news… but we’ve got to take this message very, very seriously tonight.”

Biden’s advisers, on the other hand, are using the election to create energy for getting his agenda passed, believing, optimistically, that in 12 months, the pandemic will be in the rear-view mirror, and his infrastructure plans, if passed now, will have time to help the economy stabilize before the mid-terms.

“It’s incumbent on Democrats to be loud and clear about what we’re for and not just running against Donald Trump,” one Biden adviser argued. “It’s also clear that voters are unhappy about inaction and this drives home the point that Democrats in Congress should move quickly on our agenda.”

The fact that both gubernatorial candidates who either won or appear to have a good chance at winning distanced themselves from Trump may not be as meaningful for 2024 as some pundits are trying to make out, since both had to win against Democrats in strongly Democratic states. The distancing could have been a purely expeditious strategy when on normally solid Democratic turf. A pre-election NPR/PBS NewsHour/Marist National Poll showed more than half of Republicans and GOP-leaning independents believe the party has “a better chance of winning the presidency in 2024” if Trump is the party’s candidate.